Teaching the Touch of Creating 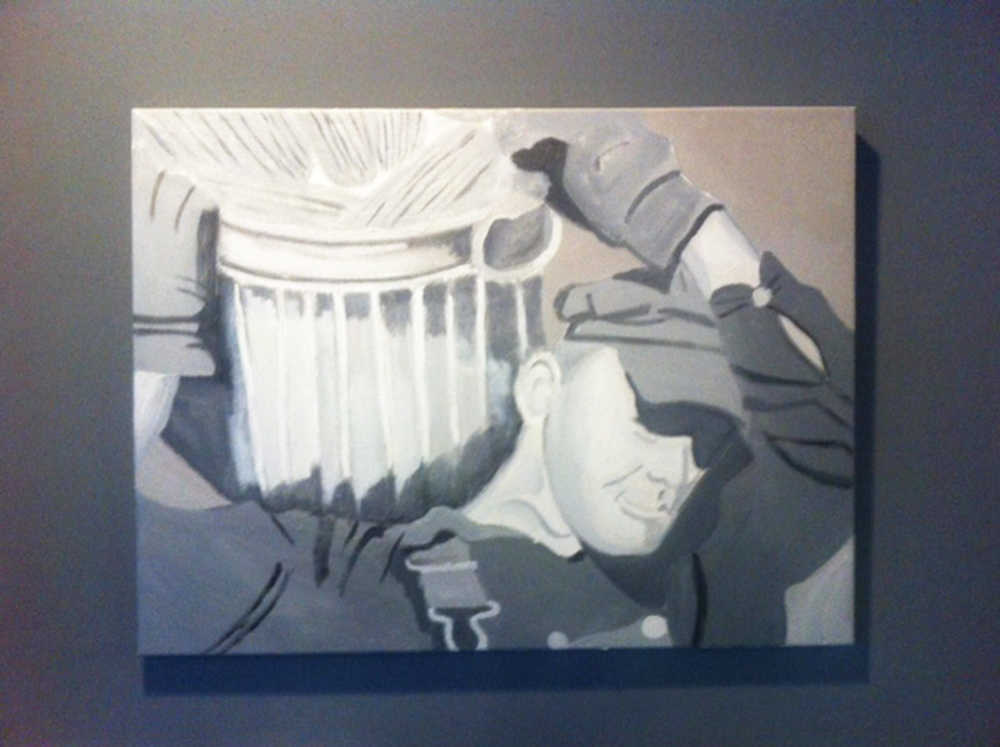 Jeff Thom, who's painting is shown above, has been teaching art to Head Start Students in Linton and Bicknell. The students will have a display of their art April 7 to 13. Thom will have his own artwork displayed at the Carnegie from April 7 to May 1. (Submitted photo)

Jeff Thom recently guided Linton and Bicknell's Head Start youth to create their own works of art on small canvases with their fingers as their brushes. Students from age three to five years old have created amazing pieces of art which will be on display at the Carnegie Heritage & Arts Center from April 7 to 13.

Debbie Flynn with Linton Head Start stated, " It is very important to teach fine arts even at this young age to balance out their curriculum."

Hanging in the next gallery is the works of their teacher, Jeff Thom. This solo show of a multi-talented artist runs from April 7 through May 1 with an opening reception Friday, April 10 from 6 p.m. to 8 p.m.

Jeff started painting with his father in their decorative painting business during the 80's and 90's. Hoping to have more time to focus on fine art painting he moved to Linton and opened a coffee shop with his partner.

"It's the process of painting, the movement of paint that holds my attention while painting" Jeff says.

Jeff also draws inspiration from other artists such as Monet and Jasper Johns for subject matter in his works.

Believing that every new idea comes from an already existing idea, Jeff incorporates every day objects, such as cat food cans in some of his paintings, while others are just about paint and movement.

In addition to paintings in acrylic and oils, Jeff will have on display chairs and screens he has painted with his creative touch.

Be sure to stop by the Carnegie and see the start of young minds putting paint to canvas and the amazing solo show of an accomplished artist.

Hope to see you there!

Donna Kluesner is president and founder of the Carnegie Heritage & Arts Center of Greene County. She can be reached at www.mcklues@gmail.com

More from this blogger · Lori Wade
Comments
View 2 comments
Note: The nature of the Internet makes it impractical for our staff to review every comment. Please note that those who post comments on this website may do so using a screen name, which may or may not reflect a website user's actual name. Readers should be careful not to assign comments to real people who may have names similar to screen names. Refrain from obscenity in your comments, and to keep discussions civil, don't say anything in a way your grandmother would be ashamed to read.
Respond to this blog