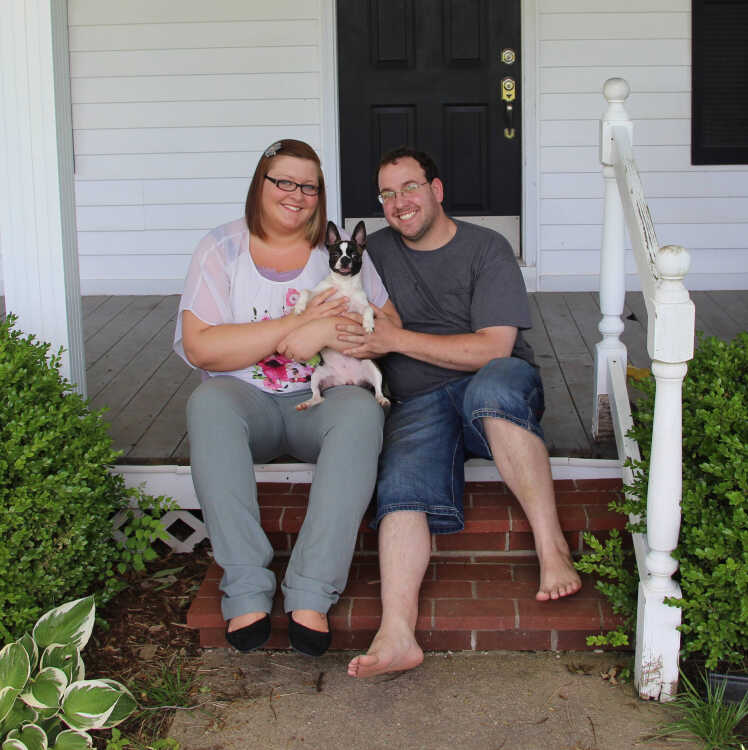 Starting next week, my name is going to have a new look. As of Saturday, I'll be Mrs. Sabrina Marie Stockrahm.

Doesn't that have a nice ring to it?

Going forward, my stories will be by Sabrina Stockrahm.

June 25, 2016 will mark the day Logan is officially stuck with me "until death do us part."

On a serious note, I'm looking forward to being married to the goofiest, kindest, most full of love man that I've ever met.

I met Logan two years ago. We spent the evening with mutual friends to celebrate my best friend's birthday. He was sarcastic and funny, and we began spending more time together through our mutual friends. We spent our evenings playing cards, and he jokingly taunted me because I had no clue how to play euchre.

I convinced myself to reach out to him through social media to tell him I was determined to learn the card game, and he vowed to teach his new-found friend.

A couple weeks later, on Fourth of July weekend, we hung out for the first time just the two of us. He was stuck at home with poison ivy. My family had left me behind as they headed to Missouri because I was battling a kidney infection. We talked euchre a little, watched a movie and he cooked me a steak.

Our friendship bloomed on that day. We began spending more time together, and I kept laughing at his silly jokes, multimedia messages with more than 20 memes attached and enjoyed our long, honest conversations.

A few weeks later (July 28, 2014) we decided to take it to the next level. Christmas Eve last year, Logan proposed in front of my family. Now, two years after meeting this goofball who loves me more than I could have ever imagined, we are getting married.

It sounds cliche to say "I'm the luckiest girl the world," but I sure feel like I am.

Side note: I still have no clue how to play euchre.

Sabrina is the editor of the Greene County Daily World. She can be reached at westfallgcdw@gmail.com.