My best friend is growing up 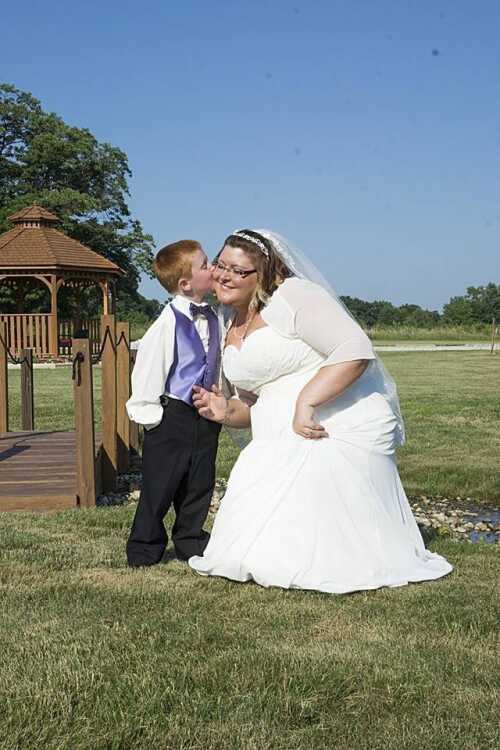 I may not have children of my own, but I guarantee I'll be crying my overly-emotional eyes out on the first day of school this year. My best friend is starting kindergarten at Linton-Stockton.

My little Jayder Tater is growing up way too quick.

I remember being anxious to leave an event early one night, as I was missing Jayden's soccer practice. I got to talking to someone about how much of a bummer it was to miss a 5-year-old's event of any kind. She noted her understanding at how difficult it is to be a parent and do this job sometimes.

I didn't tell her that I don't have children, or that he's "just" my nephew because he's been such a big part of my life since his first day. I just agreed and scurried out as quickly as possible.

I'm lucky enough to be extremely close to my two nephews. Jayden is 5 and Bryson is 2.

I feel silly when I get emotional over things like firsts because they are "just" my nephews. But, my sister reminds me how integral my role is as Nonnie, Nina, Brina and Mina -- whatever my name is at the time.

Jayden and I have been close since the day he was born. I lived with my sister and her husband right after his birth. I got to see every milestone and my nickname was one of his first words (after car car, of course).

I was able to help potty train Jayden. I remember my sister having the hardest time with it. He understood the concept, but wouldn't comply. My idea was to get his favorite toy -- Thomas the Train -- and make it go potty. I made the ridiculous noises and all.

After Thomas was done going potty, it would be Jayden's turn. Of course, "Thomas" had to give him a pep talk first. And it worked!

When we found out my sister was going to have another boy, I couldn't have been more excited. I even got the final say on his name. I take pride in that.

I distinctly remember the day my youngest nephew was born. I had just started a new job, and a few weeks into new employment I was devastated to hear my sister had already gone into labor. It would be at least six hours before I could get there, and I didn't think he'd wait that long to grace us with his presence. I made the normally hour-long drive home a little quicker than normal, constantly waiting for my phone to ring to say he'd already arrived.

I was in the room the day Jayden was born, and I was determined to be there for Baby B as well.

Within an hour of my arrival, he was ready to grace us with his presence. I still joke that he was waiting for Aunt Brina to arrive. I was one of the first people to hold that 8 pound 11 ounce chunk.

As "just" an aunt, I've nursed booboos, kissed fingers and toes, cuddled a colicky baby while his parents slept, walked for hours to keep a little one calm, sang a lullaby over and over again until a child finally crashes, rushed a child with a spiked fever to the emergency room, changed the most disgusting diapers I've ever seen, tricked a child into potty training and given more love than I knew I could ever hold in my heart.

So, you better believe I'm going to bawl my eyes out on Aug. 10 when Jayden walks into his kindergarten classroom for the first time. My best friend is growing up.

More from this blogger · Sabrina Stockrahm
Comments
View 1 comment
Note: The nature of the Internet makes it impractical for our staff to review every comment. Please note that those who post comments on this website may do so using a screen name, which may or may not reflect a website user's actual name. Readers should be careful not to assign comments to real people who may have names similar to screen names. Refrain from obscenity in your comments, and to keep discussions civil, don't say anything in a way your grandmother would be ashamed to read.
Respond to this blog