​The newest Stockrahm is a.... 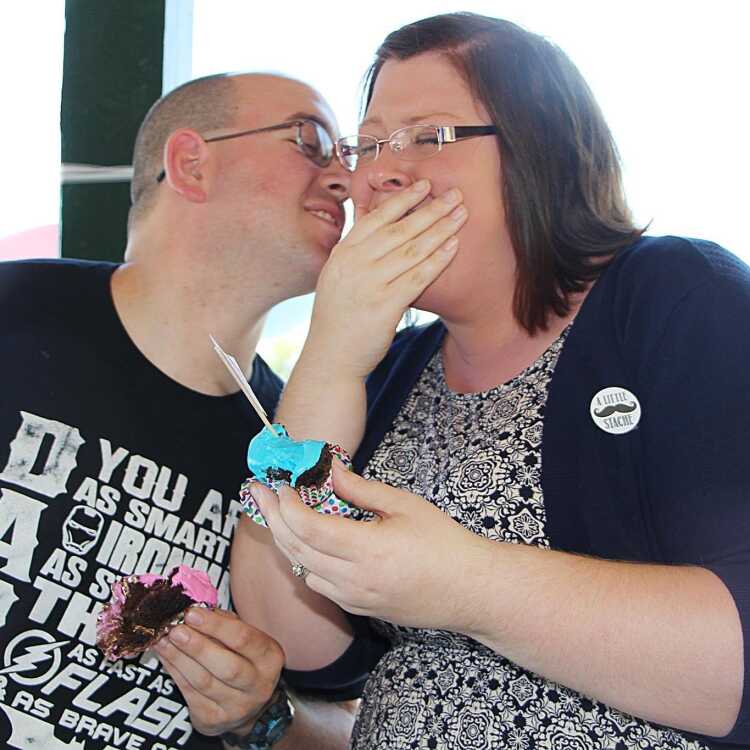 By Patti Danner This is that ugly crying face I referred to in the column. It makes me cry every time I look at it. See all the love on Logan’s face? Well, there’s a little icing on there, too.

That’s right. Logan and I are breaking away from our families’ norm and welcoming a little girl in October. Between the two of us, we have nine nephews.

Logan has been convinced for weeks that we were having a girl, and even went so far as starting to refer to our baby as Ciera a while back. I was convinced we were having a boy, but he was right. (Shhhh... Don’t tell him I said that! It’ll go straight to his head.)

We had so much fun with the reveal. My sister went to the anatomical scan with us, and the sweetest ultrasound tech went with our request to just tell Crystal the sex of the baby. While we didn’t learn the gender that day, she did tell us our baby was moving around like a “ninja.”

The next 24 hours were the hard part ... for Crystal. She had to keep the secret so we could be surprised on Saturday. Well, she didn’t exactly keep it a total secret. She told our friend Rachael, who was helping with the reveal.

She made cupcakes with pink icing inside and I literally cried when I saw the color. I’m talking, like, ugly tears of excitement.

I am so excited to have a daughter for so many reasons. I’m determined to raise a strong, independent woman like I have always been. I’m excited to finally bring a little girl into the family.

But, the biggest reason?

Since the day my sister had her first son, my dad would ask me, “When are you going to give me a granddaughter?”

I’d always scoff and say, “Psht, I’m never having kids!” But, that never stopped him. And now, two years after he is gone, we are finally giving him his granddaughter. It’s a little bittersweet, but it’s fitting. My dad was a pain in the tooshy, but he knew what he was talking about long before I even knew what I wanted in life.

I can’t wait to see how tightly wound Ciera will have Logan wrapped around her little finger. He already wants to spoil her and we are just over halfway through this pregnancy.

But, with the excitement comes some fears, but that’s a column for another day.

Sabrina is the editor at the Greene County Daily World. She can be reached at sabrinagcdw@gmail.com.