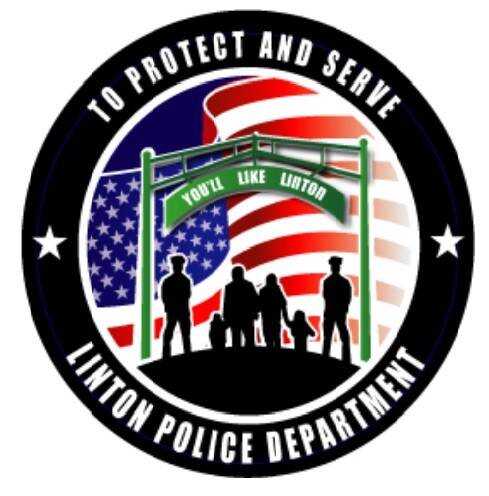 Friday, Aug. 12 marked the last day of being a police officer in the city of Linton, or anywhere, for Chad Crynes.

A 1996 graduate of Linton-Stockton High School, Crynes was hired at age 18 by the Worthington police department, working there in dispatch as he attended college. In Aug. of 2000, Crynes was hired as a patrolman for the Linton Police Department.

He worked his way up, and was promoted to sergeant in 2010. He worked with K9 Officer Chico, performing and assisting with searches, uncovering illegal drug operations and with the tracking, capture and apprehension of numerous subjects afoul of the law.

He served as a member of the department's Tactical Unit, and was instrumental in forming a collective bargaining agreement on behalf of the police department with the City of Linton.

He earned a reputation as a no-nonsense law enforcement officer, along with the respect of his peers within the department and of citizens county-wide.

16 years is a long time in any job, particularly one in which you wear a badge and protect a city.

In my 15 years in Greene County, I never had opportunity to interact with Officer Crynes much, seeing him as we all have at functions or reading his name in the news as the arresting officer in criminal cases or in court appearances.

But somewhere in the back of my mind, I have always wanted to say "thank you" to him, for the years he spent assuring the safety of our city and for the courage and dedication i'm sure one must have to spend countless hours in the service of others.

I happen to hold some people who do some jobs in very high regard.

I think that police, fire, first responders, EMT, hospice nurses, elder care workers, child care workers and theater actors are all heroes and whatever they make, they should make more. Oh, also, people who write for newspapers.

For your earnest contributions to the safety of myself and my fellow residents of Greene County, thank you Officer Crynes.

Crynes now will work for the City of Linton, in the Utilities Department.

Best of luck in the future, Mr. Crynes, we wish you the best.