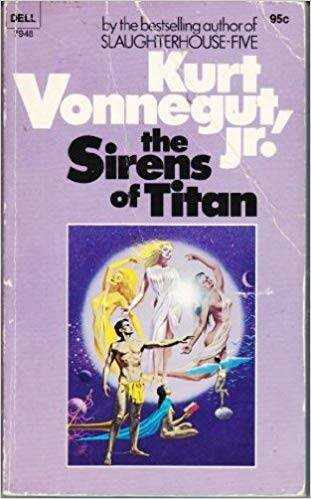 Vonnegut, in a writing career that spanned over 20 years, published five plays, three short stories, five works of fiction and 14 novels. His characters are unforgettable and his stories legendary.

To say he was a hero of mine is an understatement. He is, was and will always be someone I am inspired by and someone I have learned so much from.

I was first introduced to Vonnegut’s books by a friend, Erik Toews (pronounced ‘Tayves’). Erik was a wonderful man who marched to the beat of his own drum, to say the least. We worked together at Starbucks and he introduced me to a whole new world of music I hadn’t previously known anything about. Bands like X, Echo and the Bunnymen, the Stranglers, New Order, Robyn Hitchcock, the New York Dolls and the Ramones. The music he brought me changed my life and I will always owe him a debt of gratitude.

Erik was murdered on August 19, 2000, in Tacoma, Washington by a group of eight kids who would rove around the city streets, looking for people to assault. They told police they did it because they were “bored”. Before Erik, they had never killed anyone but had a track record of several other attacks on innocent people.

I called them kids, and kids they were. The oldest, Terrance Hunt, who did 28 knee-drops onto my friends face, counting out each one aloud, was 19 at the time of the attack. The youngest, the one who hit Erik repeatedly with a croquet mallet, was 11.

Okay, back on the Vonnegut track. Sorry, that got really dark but that’s what happened.

Anyway, at one point in about 1995, Erik decided to move to New York and he was selling off his extra belongings, including a big ol’ bag of books. I looooooove big ol’ bags of books! He promised me I would love them and picked one off of the top of a stack.

The story is basically a comedic sci-fi tale about a Martian invasion of Earth but, told by Vonnegut, it was a romp through razor-sharp wit and timeless philosophy. It will always be my favorite. I was completely, unequivocally hooked on Vonnegut from page one. I finished it and rabidly dug through my newfound bag of treasures for more, settling on “God Bless You, Mr. Rosewater.”

As I discovered to my utter delight, the bag contained every book Vonnegut had written to date and I feasted on them all, including “Slaughterhouse-Five,” “Mother Night,” “Cat’s Cradle,” “Breakfast of Champions,” “Wampeters and Granfalloons,” “Slapstick,” “Deadeye Dick,” “Jailbird,” “Galapagos,” and “Bluebeard.”

Vonnegut influenced my life and I am grateful for that influence.

I will end this entry with a few of my favorite quotes from Vonnegut, my hero.

“Practice any art, music, singing, dancing, acting, drawing, painting, sculpting, poetry, fiction, essays, reportage, no matter how well or badly, not to get money and fame, but to experience becoming, to find out what’s inside you, to make your soul grow.”

“The bounties of space, of infinite outwardness, were three: empty heroics, low comedy and pointless death.”

-From The Sirens of Titan

“To practice any art, no matter how well or badly, is a way to make your soul grow. So do it.”

-From A Man Without a Country

“If you can do a half-assed job of anything, you’re a one-eyed man in a kingdom of the blind.”

...and my personal all-time favorite, from Slaughterhouse-Five: