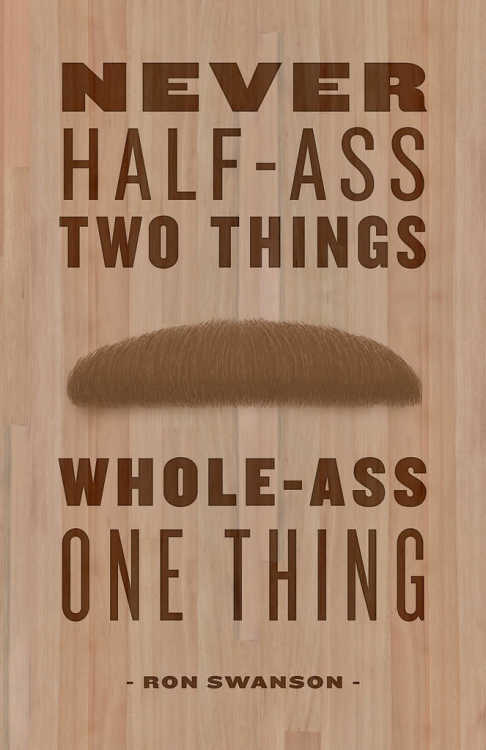 I know this is out of character, but I feel like ranting today.

At the risk of sounding like the grumpy old lady on the block (which I actually am, so I get to), has anyone else over the age of 30 noticed the decline of the standard work ethic in the last 20 years?

It just seems like (and there are definitely exceptions to my opinion) younger generations want to be paid more for doing less. I have seen endless examples of people who are paid a decent wage to work just sitting around once the boss goes home, chatting it up, heading down a wormhole on Facebook or actually watching televised sports, movies or Youtube videos during the hours their employers are trusting them to be working.

Don’t get me wrong, I am a firm believer in occasional slacking. Actually, I think a bit of slacking is a vital part of employee morale. Emphasis, however on the words OCCASIONAL and A BIT. I love nothing more than completing a task, getting up from my desk and taking a few moments to play a round of match-three on my phone. It feels good, once the work is done.

I have watched salaried fellow humans get literally nothing accomplished during a workday, then spend more time on the clock complaining about how crappy this-or-that duty is and how much they dislike doing it.

Meanwhile, I see others overworked and underpaid, working to make up for the lacking of others. I am far from perfect, but I can’t be alone in feeling guilty when I have not had a fruitful day.

I’ve seen employees announce they will be (insert activity here, i.e. attending a concert, getting their iPad fixed, going to a theme park) instead of productively completing the terms of their employment on whatever days they choose, even though the job still needs done, so someone else has to work twice as hard.

It seems to me, if an event is scheduled on a day that you are scheduled to work, that’s a bummer you don’t get to go. Maybe look for events that will happen on your day off. And get your iPad fixed on your day off, too.

Being at work means someone is paying you to complete work and trusting that you will, and it’s just plain dishonest to consistently waste time on someone else’s dime.

If you’ve got your work done, and there’s no busywork to do, vacuum the dang office or clean the drive-thru window. You’re being paid, you should earn it.

Why skate by when you can succeed?

Make slacking the exception rather than the rule and experience the feeling of pride that comes from putting in a good day’s work rather than being the reason someone else has to make up for your lack of work ethic.

It feels pretty good, and the harder you work, the luckier you get, buddy.

Okay, end of rant. I just needed something to do, since my task list is completed and I vacuumed the office just the other day.

The most beautiful city in the whole dang world, in my opinion. Also known as my hometown, Seattle.
More from this blogger · By Patti Danner
Comments
View 4 comments
Note: The nature of the Internet makes it impractical for our staff to review every comment. Please note that those who post comments on this website may do so using a screen name, which may or may not reflect a website user's actual name. Readers should be careful not to assign comments to real people who may have names similar to screen names. Refrain from obscenity in your comments, and to keep discussions civil, don't say anything in a way your grandmother would be ashamed to read.
Respond to this blog