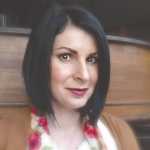 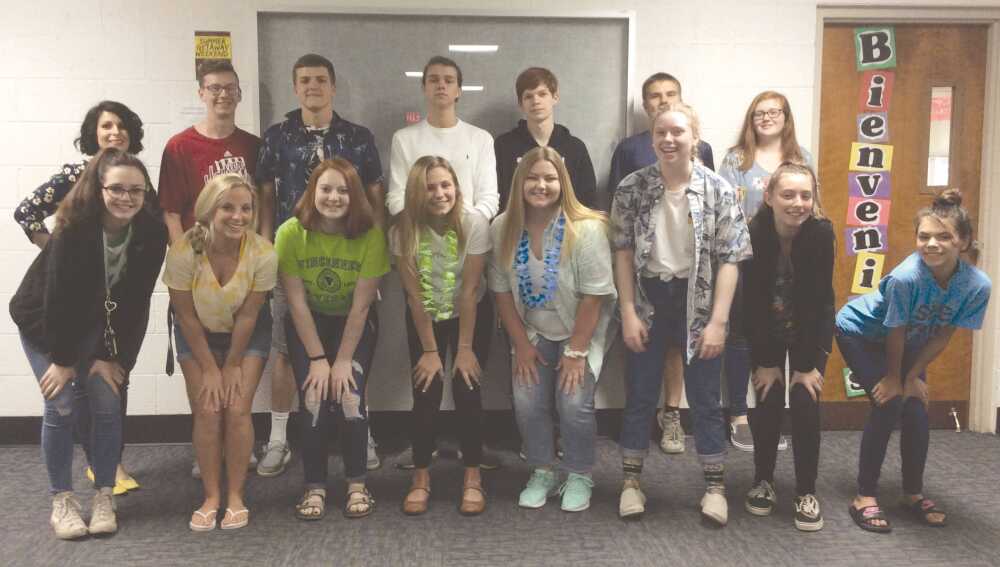 We started out talking about the New England Region. Students visualized the obstacles of the Pilgrims and studied how they utilized their resources to make the rocky, swampy terrain of the New England region work for them. They identified typical dishes of the New England region like succotash - corn and lima beans, blueberry grunt - blueberries in a syrup with steamed biscuits on top, and red flannel hash - frying leftovers with beets in a skillet. The Pennsylvania Dutch were a major group influencing the Mid-Atlantic Region. Scrapple is a popular dish made from pork meat scraps mixed with corn meal, flour and spices formed into a loaf, sliced and pan fried or grilled. Students prepared New England clam chowder, chicken and dumplings, potato salad and blueberry grunt to represent the two regions.

The South is a region where music, festivals and food customs have originated. We started our discussion about the South by listening to some jazz and talking about New Orleans and Mardi Gras. Soul food, Creole and Cajun are three cuisines that began in the South. The main influences of soul food include: African slaves, Native Americans and European sharecroppers. These groups were living off the land and were very resourceful. Dishes they prepared include: chitterlings - hog intestines cleaned and boiled with spices or battered and deep fried, pickled pigs feet, rice and beans, collard greens - all form of greens like spinach, mustard, beet tops, turnip, dandelion cooked for hours with salted pork. The French brought their cooking techniques to the South and used ingredients from the Africans, Caribbeans, Spanish and Native Americans to create the Creole cuisine.

Gumbo, jambalaya, red beans and rice, beignets and pralines are some dishes characterizing the Creole cuisine. The Acadians, a French group of settlers that were exiled from Canada and came to settle in Louisiana, were the primary influencer of Cajun cuisine.

Dishes in Creole and Cajun begin with the trinity - bell pepper, onion and celery, use a roux - combination of lard and flour, and are typically cooked in one large pot. This year students prepared gumbo, southern fried chicken, corn, fried okra, glazed carrots and Mississippi mud pie and drank sweet tea to experience the cuisine of the South.

We live in the Midwest, but many students did not realize all that the region is known for. We are the “Breadbasket of the Nation” because we are the most agriculturally productive region, thanks to the rich soil, good climate and advanced farming techniques. Our region produces large quantities of wheat, soybeans, beef, pork, lamb, poultry and eggs. Settlers include: people coming from each of the previously mentioned regions and the Shakers, a sect originating from the English Quakers who were very industrious, improving farming machines and cooking techniques.

Midwest people are known for their hospitality, festivals centered on food, buffet and potluck dinners and hearty meals. Students made their own bag of noodles to take home and I demonstrated how to prepare beef and noodles in class.

Below you will find my Granny Mary Jo Delph’s noodle recipe and directions on how I prepared them.

Audrey Gater said, “I enjoyed making the noodles because I will use this experience in the future.”

Mix the dry ingredients together and place into a large bowl.

Mix the wet ingredients in a small bowl.

Make a well in the center of the flour and pour the wet ingredients in.

Slowly incorporate the wet ingredients into the dry using a fork.

Roll out about a golf-ball sized amount of dough and stack into thin layers with plenty of flour in between.

Cut into thin slices and lay flat to dry for approx. 10 hours and freeze or cook in broth.

Note: I like to pick out a fatty beef roast, then cook it all day in the crock pot. I then use the broth from the beef roast and boil it to cook the noodles. After the roast rests for 10 minutes, pull it apart. Put some of the pulled beef into the noodles.

Next we discussed the West and Southwest. Influenced by the Pueblo Native Americans, Spanish and Aztec Mexicans, the food of the West and Southwest uses beef, lamb, corn, chilis, beans, cheese, spices and tortillas. Common dishes are chili, huevos rancheros, beef barbecue, enchiladas, tostadas, sopapillas and guacamole. Students competed in a chili contest. Katie Eddy, Caleb Fish, Carter Hostetter and Allison Welch prepared the winning soup. Their chili soup will be featured at the Related Arts Department Show this Friday in the WRV cafeteria from 5 to 7 p.m.

We finished our study of regional cuisine exploring the Pacific Coast and the Hawaiian Islands. Students created graffiti sheets full of information about the region’s common ingredients and typical dishes. Then we planned and executed a full-on Hawaiian luau.

Students dressed up in Hawaiian attire, competed in the limbo, listened to tropical music and made a variety of dishes to represent the island’s culture. Caleb Fish won the limbo contest.

Katie Eddy stated, “I really enjoyed cooking the Shoya Chicken because there was a perfect balance of sweet and salty. I loved the pineapple and chicken combination accompanied by a delicious sauce.”

People settling in each region found creative ways to use their cooking methods with local ingredients. These meals made the new settings their home.

“I never realized the huge variety of foods from all around the US.” stated William Bowman.

At the end of the unit, students picked their favorite region and created food truck designs and menus. Their projects will be on display at the Related Arts Department Show at WRV this Friday in the cafeteria 5 to 7 p.m.

Betsy Misner has been the Family and Consumer Science, formerly Home Economics, teacher at White River Valley for over a decade. Her motivation is helping students to strive for strong, happy, healthy families and providing career pathways. Check out more of what is happening in the classroom by following her on Twitter: WRVFACS@BetsyMisner