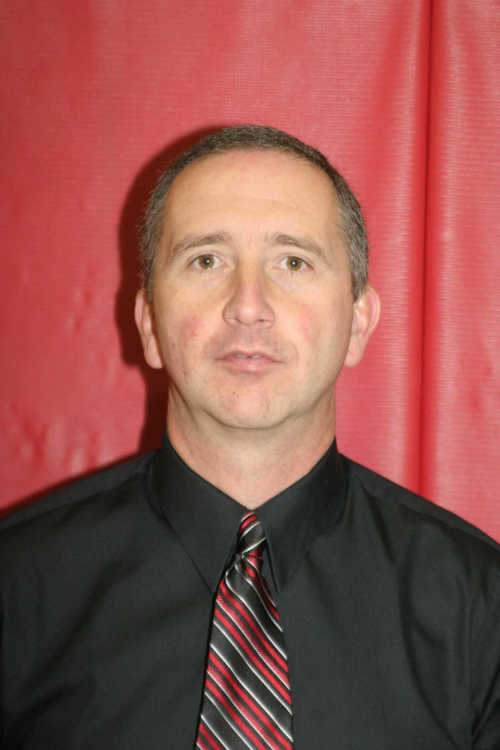 Igel recently accepted a position as assistant principal of Pike Central, home of the Chargers, after resigning as Eastern High School’s dean of students.

Prior to that, he coached the boys’ basketball team 16 seasons, his last campaign coming in 2011-12. Under his tutelage, the Thunderbirds compiled a 243-127 record and 13 winning seasons. They won five sectionals, including the first in school history, and Eastern’s only regional title.

“We put a quality product on the floor with students who were good people off and on the floor,” Igel said.

The former coach said he inherited a good program and took it to the next level. He said the Thunderbirds achieved so much during his tenure because he had good players and assistants and also enjoyed tremendous support from the players’ parents, the community, and Eastern’s administration. He said many of his players went on to be successful off the court.

Igel said he is grateful that Eastern gave him the chance to coach basketball there. He said he feels “blessed” by his career.

“If I did anything,” Igel reflected, “I got them to believe in the idea that we would play hard and play smart every night. I’m humbled by it all. The Good Lord provided me with quality talent ... and, more importantly, quality players.”

He said he will not coach at present at Pike Central, but is still interested in a coaching position.

“It’s one of the things that sure seems to go with the turf,” Igel said.

Leaving Eastern is difficult, Igel said, because he has roots in Greene County and considers himself and his family part of the Eastern community. Igel said he will miss Eastern and the people in the school and community.

“It was a very difficult choice to leave a place where you (lived) 21 years and where your kids got their diplomas,” Igel said. “It was very difficult to turn the page and move forward.”

Another former Eastern coach has moved on to another school.

We will try to interview Ingram before the end of the volleyball season about her move to North Daviess.

According to Coach Mac at BballCoachMac (Trevor McLean): “Players need passion and competitiveness which will often make up for a lack of size and athletic ability.”

That is quite correct. Moderate talent coupled with hard work often accomplishes far more than great talent without a work ethic.

Emperor Napoleon Bonaparte I also reflected several times upon the importance of spirit to warfare. His adages also apply to athletics, I think.

“The moral is to the physical as three is to one.”

“Victory belongs to the most persevering.”

“There are only two forces in the world, the sword and the spirit. In the long run the sword will always be conquered by the spirit.”

“An army’s effectiveness depends on its size, training, experience, and morale, and morale is worth more than any of the other factors combined.”

“In war, moral factors acount for three quarters of the whole; relative material strength accounts for only one quarter.”

Coach O’Neall also reminds Laker athletes that Monday will be the first day of practice for volleyball and cross country. He said that all physicals must be on file; else athletes will not be able to attend practice.

Speaking of the upcoming season, we have set a date for the Fall Sports Preview. It will come out on Friday, Aug. 18, the first day of the football season. The other fall sports -- golf, soccer, cross country, tennis, and volleyball -- will begin a couple of days before then, but they will be covered in the preview.

Andrew Bowen is a sports writer for the Greene County Daily World. He can be reached at andrebohun@yahoo.com.