Eastern will try to fix hole in schedule 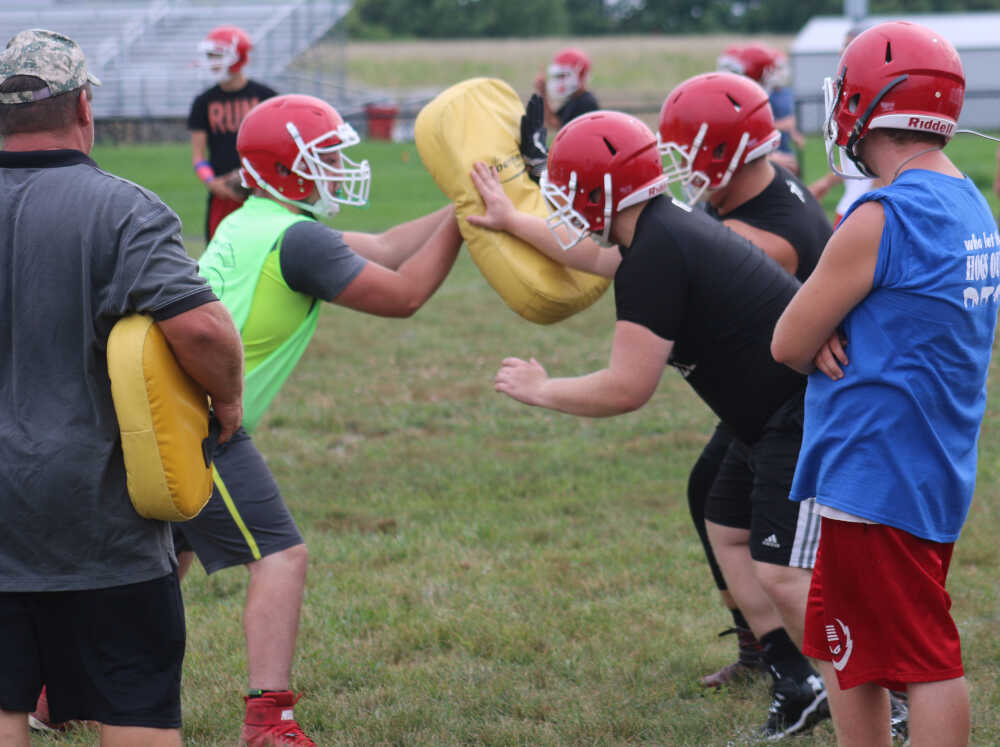 Football practice began Monday afternoon at Linton-Stockton, Eastern-Greene, and Union.
All three teams will begin play on the weekend of Aug. 17-18. Linton will travel to Southridge at 7:30 p.m. Friday, Aug. 17, while Eastern will host Springs Valley at the same time. Union journeys to Noblesville HomeSchool at 6:30 p.m. Saturday, Aug. 18, for the Dawgs’ season opener.
We will print our usual preview section that Friday, It will not only cover the football teams, but other county sports teams, including Bloomfield’s new soccer squad.
Hoosier golf teams begin play this week while the soccer and volleyball teams will conduct scrimmages the following week. Then every squad swings into action.
Look for it.

Wood Memorial Cancels Season
Eastern needs to fill a hole in its schedule.
According to several media sources, among them WZDM-FM and Evansville Courier and Press, Wood Memorial canceled its football season about midway through July. Both sources said school officials decided to cancel the season because only 13 players came out for the Trojan squad. They also said school officials have not canceled the program; they want to see what happens next year.
The Thunderbirds were scheduled to play Wood Memorial on Friday, Sept. 14. Eastern coaches said they are searching for a replacement, but they want to play an opponent that will help the T-Birds improve.
Last season, the Thunderbirds beat the Trojans 52-0 at Little Cincinnati. The game was so lopsided that the officials let the clock run on out-of-bounds plays and penalties. You had to admire the Trojans’ guts -- only 19 players were on the roster -- but the Thunderbirds would have gained more from a scrimmage amongst themselves.
The canceled season also affects the other three teams in the Southwest Indiana Football Conference. North Knox and North Daviess are in the Thunderbirds’ aerie -- they have not yet found a replacement for the Trojans -- but North Central has scheduled a game with the Jasonville Community team.
As McGarrett sometimes told Danno:
Aloha.