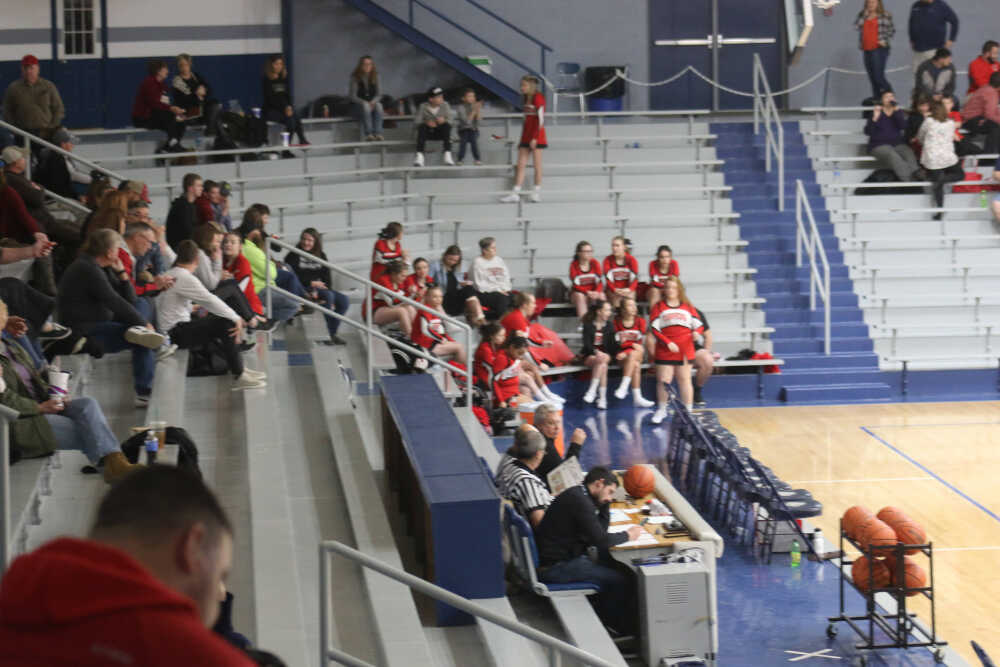 I thought last week’s Graves Construction Services/MutualBank Greene County Invitational featured some pretty good basketball.
Not only did the tourney see a great championship game, Linton-Stockton’s 49-43 victory over Bloomfield, the Miners’ fifth straight GCI championship, but several other games proved to be quite entertaining.
Shakamak placed third in the tournament and gained a measure of revenge for an earlier loss with its 54-50 triumph over Eminence. The Lakers also posted a 60-54 win over Eastern-Greene in the tourney’s first game Wednesday, Jan. 2.
The Eels led Bloomfield 41-30 after three quarters Friday night, but the Cardinals rallied to win 56-48.
The Wolverines maintained their composure against a late comeback as White River Valley beat North Central 49-42 for its only win of the GCI.
The lead changed hands a few times, but Eastern managed to defeat WRV 66-56 Thursday, Jan. 3.

More Fans Needed
I first saw the invitational in 1989. The stands were so packed that you could hang fans from the rafters.
That hasn’t been the case in recent years, proof of which is offered in the photo which runs with this column. I could understand low attendance for the morning session of Wednesday, Jan.2; after all, people have to work. However, attendance was poor for Thursday night’s games and was less than full for Friday night’s games.
Here are a couple of suggestions for improving attendance:
1.) Replace Eminence and Lighthouse Christian Academy with two more schools from the Southwest Indiana Athletic Conference. Right now, Clay City and North Daviess are the only two SWIAC schools that don’t play in the tourney. Bring them into the field and make the tourney winner SWIAC champion.
Granted this would leave four holes on each school’s schedule, but they could fill these spots with other schools or continue to play conference rivals in games that would not count toward the championship. I think this would bring in more people.
2.) Replace LCA and Eminence with other schools that are nearer and/or larger, such as Sullivan, West Vigo, North Daviess, Washington, or Edgewood. Eminence is a long ways away in Morgan County, and other schools may be able to bring a larger crowd. In a way, I don’t like this idea as the 7-6 Eels certainly proved to be a scrappy team, beating WRV and giving Bloomfield and Shakamak good fights. Some of their players looked like seventh-graders, but, man, they sure put up a good fight, worthy of morays.
However, LCA lost three games by these margins: 97-31 to Linton, 68-37 to Clay City (a team that replaced North Central for a game because the school had a service for three students who died the week before the tourney), and 64-34 to Eastern. They lost by an average of 42.3 points per game. Frankly, a good girls team -- such as Linton, Bloomfield, or North Central -- would have put up better fights.
Improving the caliber of competition might not draw more crowds, but it is an idea worth considering.

Makinzi Meurer
North Knox senior Makinzi Meurer has been a thorn in the side of county teams for four years.
The Indiana Basketball Coaches Association named her player of the week for District 3, the state’s southern district.
Meurer averaged 25.0 points and 7.0 rebounds to lead the 13-5 Lady Warriors to two victories. The 5-5 guard opened with 20 points, five rebounds, five assists, and five steals in a 43-33 triumph at Southridge Thursday, Jan. 3. She followed with 30 points, nine rebounds, five assists, and five steals as the Warriors defeated Eastern Greene 54-27 last Saturday. Meurer shot 14-29 from the field for both games, including 2-4 from three-point land, and 20-21 at the charity stripe.
Several other players from around the area were considered for the District 3 teams.
Nominees for the IBCA male Player of the week included: ace bomber Gabe Gladish of Barr-Reeve and Jathan Ritter of Bedford North Lawrence.
Other girls nominated from District 3 were: Mariah Day of Jac-Cen-Del, a school that has defeated Bloomfield in two of the last three regionals; Kencia Levasseur of Washington, a freshman who ravaged Bloomfield for nine points and 11 rebounds Tuesday night; Allison Stogsdill of Brown County; and Grace Waggoner of 18-0 Vincennes Rivet, currently ranked second in the Class 2A weekly poll, a team that has defeated Linton, Bloomfield, and North Knox.
That’s it for this column. To quote the late Stan Lee: Excelsior!!