Kenny Barnes had a passion for helping his community 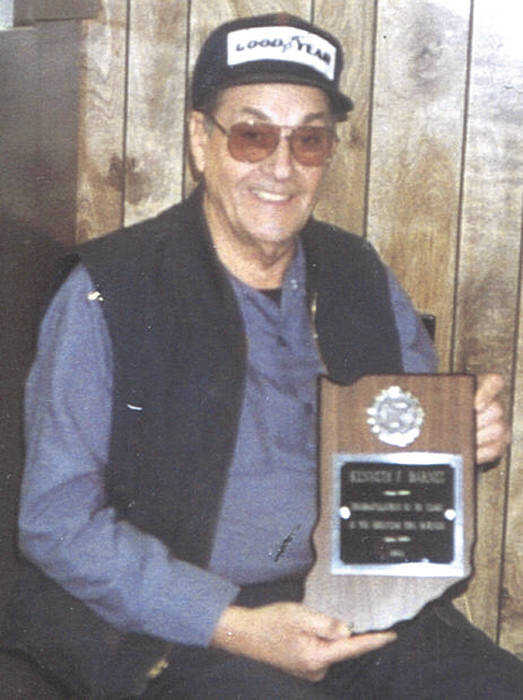 There's a lot about Kenny Barnes that the Linton and Greene County communities already know.

He was a businessman for years, owning Wolfe's City Service in downtown Linton. He also was involved with his community in many different ways, because he had a passion for making Linton and Greene County a better place to live.

But what a lot of people may not know about Kenny is all that he did behind the scenes to help people.

His daughter, Janice Bridges, recalled Tuesday morning of times when her father helped those in need get whatever they needed.

Why did he do it? Because he believed in helping others.

Bart Beard, the pro at the Phil Harris Golf Course, has many fond memories of Kenny. Actually, it was Kenny who helped convince the powers that be to promote Beard to the top position after Ted Bishop left to open The Legends of Indiana in Franklin.

"He was pretty instrumental ... he went to bat for me when Ted left. He talked to a lot of people," Beard said of Barnes. "That's something I'll never forget.

"I thought an awful lot of Kenneth. He was awfully good to me. I had a lot of dealings with (the Barnes family) at the tire shop. I really can't say enough about Kenneth. He was a fine man."

Kenny was an avid golfer, and enjoyed hunting for golf balls during his spare time. He didn't use them for himself. Instead, he found a way to help others with the extra balls.

"For many years he and Kenny Hamilton shared a golf cart. Kenneth used to go around and pick golf balls (that golfers would lose). That was one of his passions," Beard explained.

"Before the (high school golf season) started, he'd give all the teams a sack or better full of golf balls. He just told them to use them however they wanted. That's the type of guy he was.

"He's going to be a loss for our community. He was a fine man."

Dale Knotts of Linton got to know Kenny through the former Citizens National Bank and Union Planters bank.

"When I came to town I briefly got to know Rennis Wolfe, and at the same time I got to know Mr. Barnes. Both had a serious passion for their community and Linton," Knotts said.

Knotts added that Kenny also tried to keep his community clean by recycling.

"You would generally see him out picking up bottles or cans along the road," Knotts added.

Knotts is now a vice president for Bloomfield State Bank, and works at the Lyons Branch doing commercial and agricultural loans.

Kenny began his business career with Goodyear Tire Company in Seymour and retired after 27 1/2 years, and he moved to Linton in 1957. He later purchased Wolfe's City Service and retired in 2000 from there.

He was a longtime member of Otterbein United Methodist Church in Linton, and a 30-year member of the Greene County Sheriff's Merit Board, where he was currently serving as president. He also was a charter member of the Linton Civitan Club, and enjoyed flying. He was a Marine veteran of World War II.

A funeral service will be conducted at 11 a.m. Wednesday at Welch & Cornett Funeral Home Linton Chapel. Burial will follow at Fairview Cemetery in Linton.

Friends may call from 9 a.m. Wednesday until the time of service.

More from this blogger · Chris Pruett
Comments
View 4 comments
Note: The nature of the Internet makes it impractical for our staff to review every comment. Please note that those who post comments on this website may do so using a screen name, which may or may not reflect a website user's actual name. Readers should be careful not to assign comments to real people who may have names similar to screen names. Refrain from obscenity in your comments, and to keep discussions civil, don't say anything in a way your grandmother would be ashamed to read.
Respond to this blog