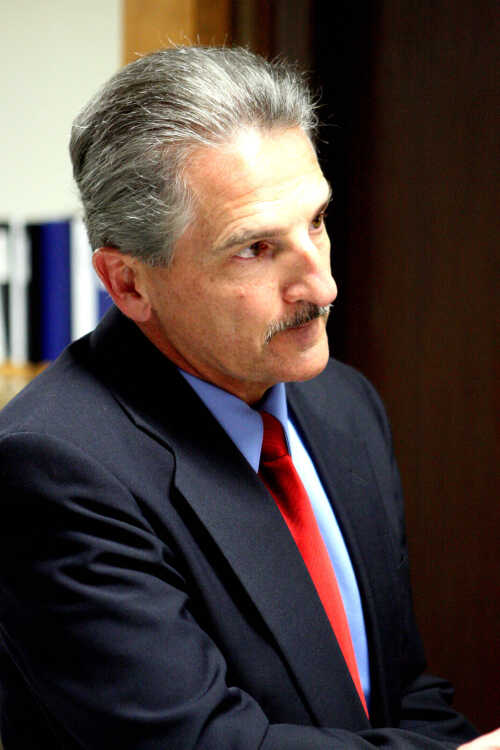 The Linton-Stockton Board of School Trustees made a statement Monday night that should be applauded.

It came in the form of who was hired as the corporation's new superintendent: Nick Karazsia.

There was a lot of discussion in the community about who should be hired as superintendent, and some publicly suggested the board hire Karazsia because of his dedication to Linton-Stockton.

Karazsia has no experience as superintendent, but has a long history with the Linton-Stockton School Corporation and community.

His resume tells the story:

From 1991-93 he was the assistant principal at Owen Valley High School.

Now, he has the task of guiding the Linton-Stockton School Corporation through some tight financial waters when Ron Bush retires at the end of December. It won't be easy, considering schools are getting less money each year from the state. He'll be forced to find ways to do more -- or just maintain -- with less.

But when tough decisions must be made, Karazsia has a solid understanding of Linton-Stockton and the community. He's been a part of both for 30 years.

Some will find fault when Karazsia decides on a solution to an issue. That's only natural. And to be perfectly honest, it wouldn't matter who was sitting in the superintendent's chair. Some people just like to complain and be negative.

But you can bet when Karazsia is faced with a tough decision -- which will more than likely involve money -- his decision will be made with an understanding of how it will affect the school and community.

Karazsia has walked the hallways as a teacher, coach, and principal. He's also the parent of two Linton-Stockton High School graduates, and his wife is a Linton-Stockton grad.

He's also an active member of the Linton community. His current and past clubs and organizations include:

* Linton Public Library Board of Trustees.

Being a dependable member of the Linton-Stockton School Corporation staff and community doesn't -- by itself -- make Karazsia qualified to be superintendent. He must prove himself from Day 1, just as Bush and Doug Rose did.

Karazsia may be more familiar with the school and community than any of the outside candidates who applied for the job, but he'll face the same challenges.

Karazsia was passed over when Bush was hired as superintendent, and he was understandably upset about not being offered the position.

Instead of sulking and only going through the motions as principal, he continued to do his best and wait for another chance.

His loyalty and patience were rewarded Monday night.

Will Karazsia prove to be the correct choice in the long run? Only time will tell.

But you can take one thing to the bank: He will continue to be loyal to a school and community he's called home for 30 years.

That's a great foundation to build upon, and kudos to the board for making it possible.