Parade helps bring us together 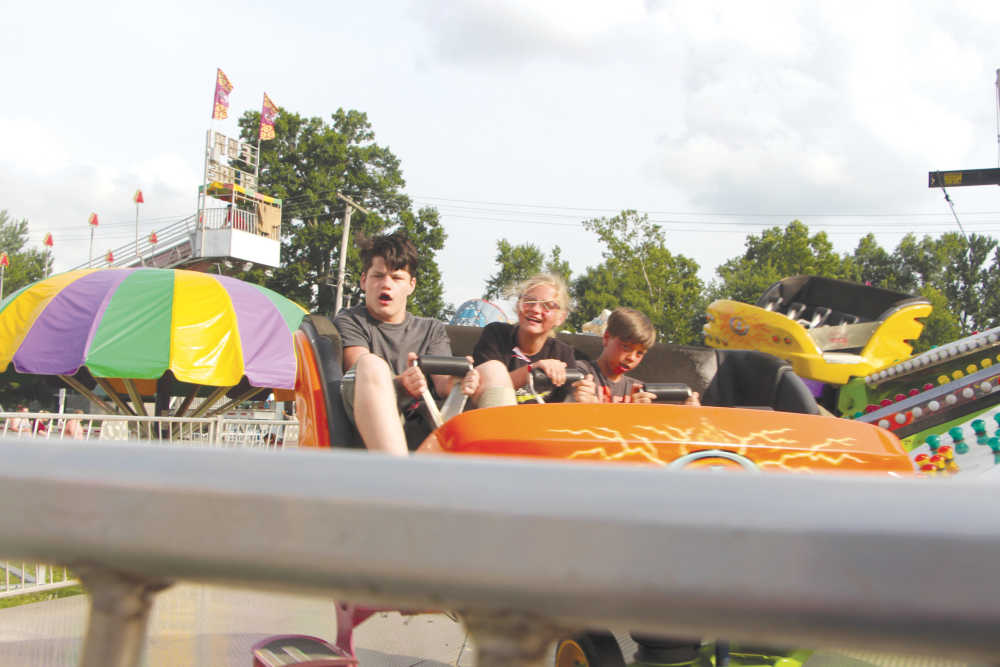 The Fourth of July is one of those holidays we stick out our chests and proclaim how proud we are to be Americans.

In Linton and Greene County, Indiana, we tend to stick our chests out a little further than most. Because we’ve been celebrating the Fourth with a parade and other activities for 113 years.

I have no clue where the phrase Christmas in July came from, but it could easily be referring to what Linton and Greene County do every year to celebrate the Fourth of July. For young and old alike, it’s like a Christmas celebration.

The parade along North Main and A Sts. – which starts at 10 a.m. again this year — certainly is the topper on the cake. I’ve always found it interesting to drive along the parade route a day or two before and see how many people claim their spots early. If you wait too long, your “normal” spot may vanish.

While the parade itself is the reason we all get together, the gathering is like a big community reunion. You visit with people you haven’t seen for years, and there are those you see weekly but take the time to speak with at the reunion.

The carnival is the highlight for the younger generation, and most can’t go an entire week without getting a fish sandwich at the Linton-Stockton High School Bandstand. And there’s music nightly in Humphreys Park.

There are many other activities throughout the week.

You can ask almost anyone in Linton or Greene County and they can share a memory or two about the Linton Fourth of July celebration.

That’s what I did, and here are some of the responses:

• “I can remember my dad (Jack Wheeler) always saying he regretted moving off the parade route for several years,” Jenny Wheeler Fisher shared. “There was nothing like watching it from your own front porch.”

• “I return each year and each year I am amazed at the community effort it takes to put together this festival,” Steve Fields said. “Growing up in Linton and starting my career there, I have been in the parade and covered it for the (former Linton) Daily Citizen. And now I return home to see old friends and classmates and spend a day with family.”

• “Such an exciting time for our city. Still love watching the parade, eating at the bandstand, going to the carnival, and capping the night off with fireworks,” Beth Gaither said. “You’ll Like Linton and always want to come back for the Fourth after your first time.”

• “In the 1980s when my kids were small, my husband’s cousin talked his mom and dad into moving here,” Bonnie Robinson recalled. “At the time, we lived in Indy, and our neighborhood was becoming increasingly rough. We visited over the Fourth, went to the parade, and made the decision to move down here.”

• “For my family and almost everyone I know, the Fourth of July around here is the most celebrated holiday … it doesn’t matter what’s going on with everyone, this time of year we all celebrate it together as a whole and that’s why it is my most favorite holiday,” Amanda Shields shared.

• “We moved to Linton the summer before my freshman year. I was on the People’s Trust (Bank) float. I wore my best dress, only to get to the parade to find a huge fish on the front of the float. Dad said he had no idea. I figured no one knew me yet so I sat on the fish float waving a princess wave. My parents called me the fish queen for the longest time,” Stacy Long Lewellyn said. “I’ve been in the parade many times over the years. It’s always so much fun to see everyone along the route. Sometimes I run into the crowd to greet someone and a few have ran into the parade to give me a hug. I love our small town.”

• “I love having a house on the parade route. It’s a time for family and friends to gather and enjoy a day in Linton. It was always the highlight of the year for my parents and relatives flying in from all over the country,” Jean Rollison Peacock said.