Axl Rose is (hopefully) getting evicted 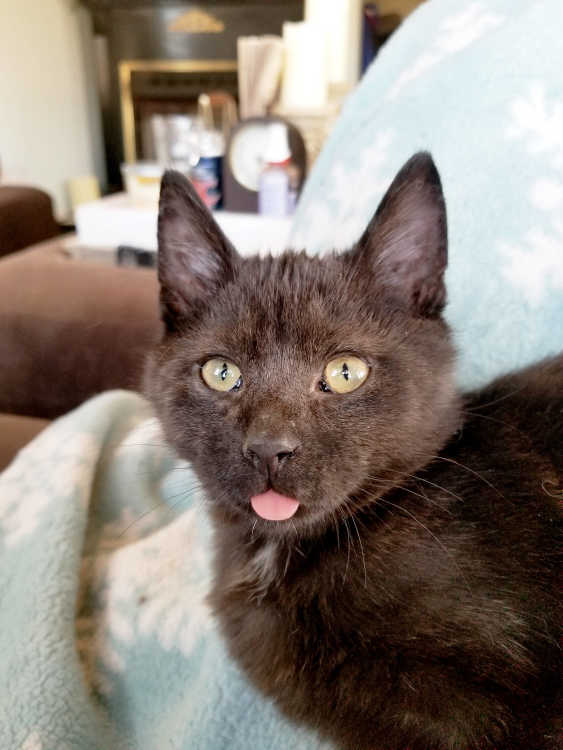 UPDATE: Axl was adopted shortly after being listed on PetFinder Saturday morning, by a family in Linton. Thank you to everyone who supported baby Axl Rose's (and my) wonderful and unglamorous, magical journey.

The last time I wrote about our foster kitten, Axl Rose--or as we call him at home, “KITTEN!”--he had just gotten sure on this feet. Now, he tears through the house and does not climb the cat tree so much as scale up the side of it at lighting speed before assuming the highest perch as the dominant cat of this household. He has fully recovered from his ringworm, loyally uses the litter box and eats dry kitty food. He’s received his first round of vaccinations and gets his monthly dose of flea treatment since passing the 8 week/2 lbs. mark.

Sadly, these things point to kitten being ready for a new home, which in turn makes me sad.

Axl is now four months old, perhaps older. When I found him, he was a fussy little jellybean that needed bottle-fed every couple hours, even through the night. He was too young to to to the bathroom on his own. I was petrified of making a wrong move--such as getting him too cold after a bath or bottle-feeding him wrong and getting fluid in his lungs. Kitten moms, like human baby moms, are fascinated with poop, but I will spare you the poop-deciphering lesson.

However, miraculously, Axl is alive and extremely healthy, and growing bigger every day. If I could hold him still enough to take his weight, he would probably be 3-4 lbs.

At my house, one does not simply sit down without the risk of feline paralysis. Kitten will crawl into your lap and nap so sweetly that to remove kitten would be a mortal blight on your soul. It’s an accepted fact that if you fall asleep on the couch, you will wake up with a tiny nap partner. If you pull out the broom, kitten’s mortal enemy, he will attack the broom and mess up your pile. Although, my house was arguably cleaner when he first started walking because he would magnetically attract every stray dustbunny on the floor and start mewing when he became hindered. He was an adorable Roomba that could only alert me to dirt instead of cleaning it up. I digress...

I wish I could tell you that kitten is the perfect kitten, however, he is still a kitten--a kitten who farts a lot, mostly on me instead of Kegan, and still bites hands. I hope that his new owners will understand that he is still learning, and as a new member of the family, will be willing to find solutions instead of quick fixes when challenges arise. I’m referring to the biting, not the farting. I figure he just needs to be switched to new food to resolve that.

I am hopeful that his new family will be willing to provide the care he needs, and most importantly, the love he deserves. When I think about Axl leaving us for a new home, it makes me feel better to imagine Axl napping on someone’s lap or chasing a fake mouse across someone else’s floor or play-fighting with their cats. Before I decide how I’m going to react to kitten’s adoption, I will focus on finding him a new home, because that’s the important thing at the moment. Kittens are remarkably adaptable to change--humans, not so much.

Axl’s adoption fee is $50, and adoptions can be arranged by contacting the Greene County Humane Society at 812-847-4780. Visit their website to print off and fill out an adoption application. All pets older than four months are spayed and neutered prior to adoption, and if there are no other animals in your home, consider adopting Axl and adding a friend for him at a reduced rate. It is said that having two cats is half the work of one. 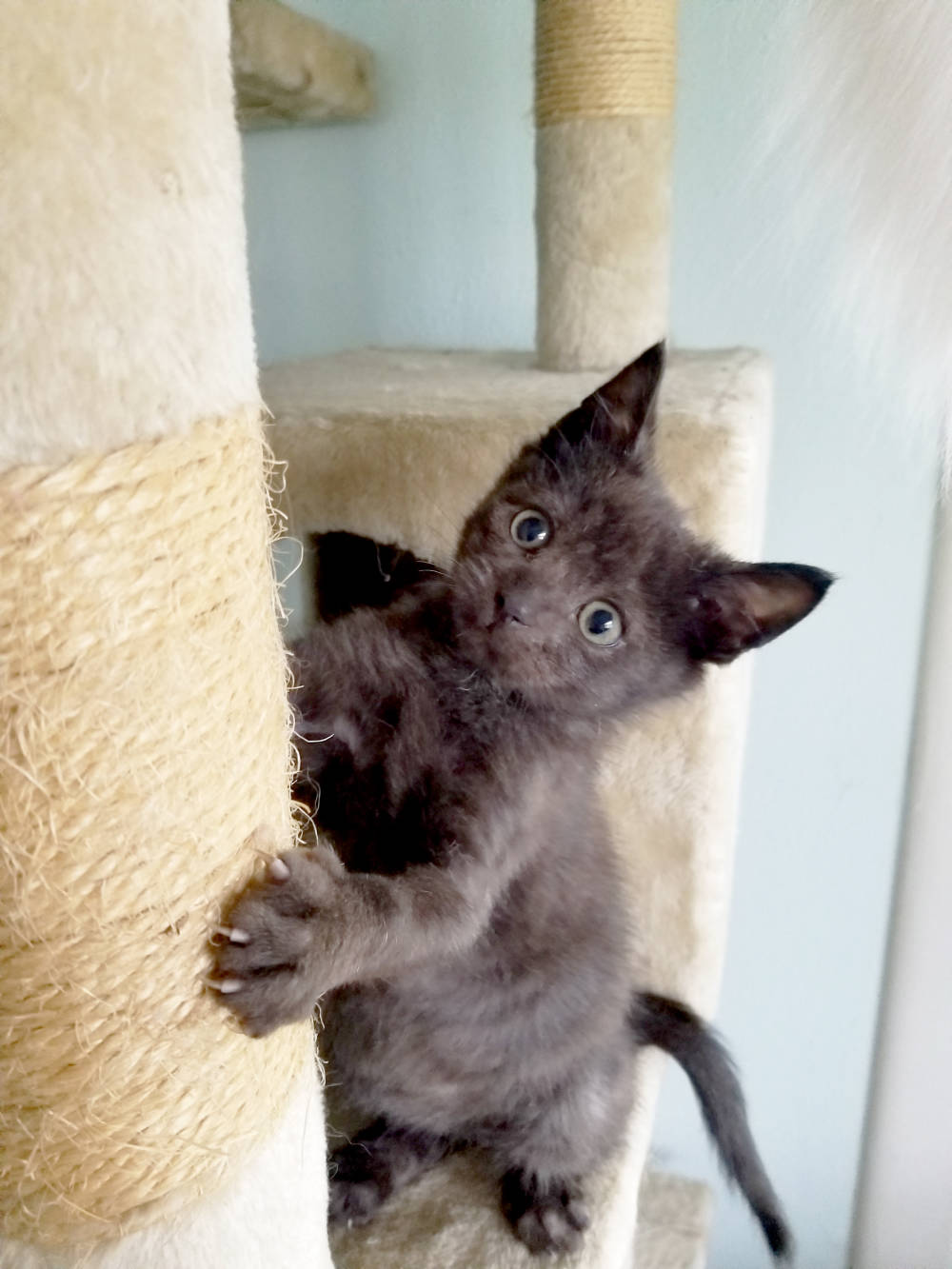 Regular kitten by day, spider-kitten at night.
More from this blogger · Kristen Inman
Respond to this blog