On falling down and getting back up, again and again... 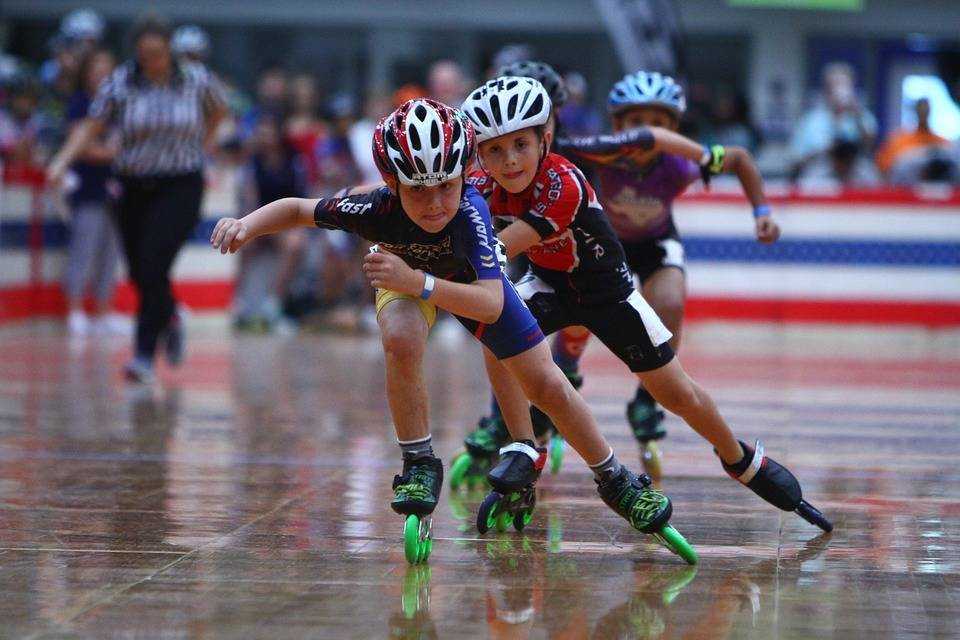 A group of "little cruzers" skate toward me at top speed, on a mission to knock me on my butt. ("Inline Speed Skating"/Pixabay)

There are few times when I appreciate looking young. It comes in my favor when, as someone who never learned to roller skate as a kid, my also-young-looking husband holds my hand as we skate around in circles at the roller rink. We can pass for two cute teenagers, instead of a frustrated husband teaching his almost 24-year-old wife how to skate while small children pass me multiple times skating backward, impervious to danger. What do they care? When you’re little, your bones just grow back like Wolverine in the X-Men. If I fall on my tailbone, it will take me months to recover and I will never be the same.

We have been going out to Cruzer’s Roller Rink to skate together on Saturdays for the past month or so, and I’ve experienced a dull, all-over pain ever since. The act of skating by itself, with my baby-deer ankles, wears out my muscles enough as it is--but I haven’t gotten through a session yet without falling at least once.

My husband loves two things I am far from expert at: Euchre and rollerskating.

After previous attempts to learn Euchre--in which I would get frustrated, stop playing and forget how to play--I am finally playing Euchre again and getting a little bit better. Before now, I would manage to “skate by” my husband’s love of rollerskating once a year. The thought of getting in roller skates and winging it filled me with dread. My biggest fear was “falling” (failing) in front of people. Now, I’m afraid of falling because it will hurt, and possibly break my vital butt-bones. Still, I fall anyway, because I don’t want to be the reason my husband isn’t able to do something he loves.

Also, we bought a $100 pair of hot pink Rollerblades (the equivalent of roughly 85 soft tacos, for perspective) so I’m sort of committed at this point.

In addition to use of “tacos” as a unit of measure and my preoccupation with my fragile butt, I couldn’t help to have another weird thought in the midst of all this. While skating, I fall down and look stupid, but I get back on my feet without a second thought. Once I fell for the first time, in front of everyone, I lost my fear of falling because I realized I had nothing to be afraid of. I never realized that I already had built up the mental toughness to overcome the failure I was so afraid of.

I have failed all over the place, and I am still here.

Nothing on that skate floor could compare to the things in life that I have been through.

With so many things, the answer is not to retreat or dwell, but to apologize, avoid repeating the mistake and move on. So many processes require that you make mistakes, over and over again until you figure out what works, and to carry every one of those mistakes would weigh you down to a stop.

People who say, “I have never made a mistake because I try not to make them,” are lying or incredibly lucky. Mistakes, by definition, are unintentional, or else no one would make them.