I opened a portal to Hell in my kitchen 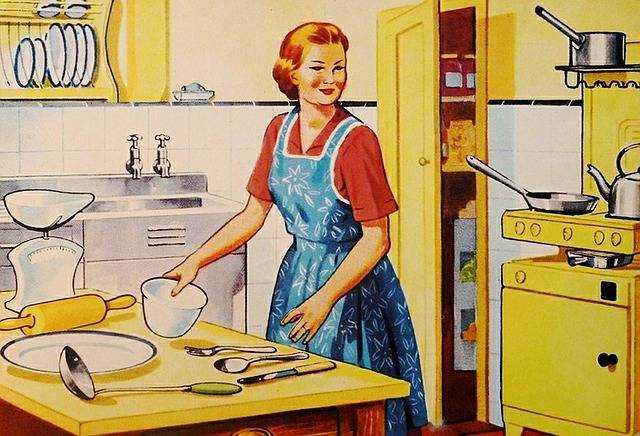 Above: Not me. (Courtesy of Maxpixel)

On the whole, I am an okay cook.

Some things turn out awesome, and there are just some things I absolutely struggle with. Sometimes, I wonder if a witch cursed me upon my birth so that my pizza dough would never rise or cook through.

A couple years ago, we hosted game night at our house and I decided to make the appetizer me and my husband were somewhat obsessed with at the time--bavarian pretzels and beer cheese. Because the pretzels required a flour-and-yeast reaction, they did not turn out, on account of the witch’s curse, and I also set off a baking-soda and vinegar volcano on my stove. Either my friends were inebriated enough to not notice how terrible my pretzels were, or they pretended not to notice, so for that I am grateful.

I am also grateful that my husband was quick to take up dinner duty on my work-nights after I got my first full-time job last June. To be honest, he might have been a little too quick, but that is beside the point. On the nights where I am able to make dinner, I am sometimes tempted to make something super-delicious and impressive to make it up to my husband for having to cook dinner sometimes.

Wednesday last week, I was flipping through Google for dinner ideas and decided that chicken-fried pork chops with mashed potatoes and white gravy would be a home run. Excited about finally learning what the term “chicken-fried” meant--I assumed for all these years that it was some complicated technique of infusing other meats with chicken flavor, when really it just means “breaded”--I went about making dinner.

Earlier that day, I had re-organized my pantry so that things would be easier to find, so I already felt like I was on a June Cleaver kick.

When my breading didn’t seem to stick to my pork-chops, I was disheartened that I would not get that thick, crunchy encasement of deliciousness usually found on chicken-fried steak, but I double-breaded and triple-breaded the best I could and let them rest for awhile so the breading would stick. When I put my pork-chops in the hot oil to fry them and the breading disintegrated, I was livid. I fried them up and was left with pork-chops with dark edges, and worked on the white gravy, because I figured I could at least smother my pork-chops of sadness in delicious white gravy.

I followed the recipe and added flour to the reserve oil to attempt to make the roux, and it quickly evaporated into the oil. I kept sacrificing more flour to the oil until my ‘white gravy’ was a brown gelatinous matter which boiled until it reached the top of the pot and then collapsed in on itself, over and over again. I turned the burner off, and continued to boil and devour itself, unsatisfied and angry. By this point, my husband was home and proceeded to make fun of my satanic gravy in my smoke-filled kitchen. He recorded it for Snapchat and then sent the video to Gordon Ramsay on Twitter, asking him to “Rate my wife’s white gravy”. Thankfully, we still have not heard back from Gordon.

After that, it had been boiling and devouring itself so long after turning the stove off that my husband became scared and insisted on discarding it outside.

We proceeded to eat my plain pork-chops and mashed potatoes in the living room and I was surprised to find that the pork-chops were really good. Sweet, almost, and very well-caramelized. A couple bites in, I went back into the kitchen, stuck my finger in the flour I used and tasted it.

It was powdered sugar. I may have made demonic caramel.

On the plus side, we realized that the batteries in our smoke alarms were dead and needed changed and all my decorative kitchen canisters are labeled. I must have switched the two around when I was reorganizing the pantry.

What is the lesson of the story? Can a woman truly not ‘have it all’? Chicken fried steak AND a full-time job? Absolutely not. The lesson is, I can’t cook. Send help.