On Friday, Feb. 8, Linton Police Chief Troy Jerrell issued a statement in which he said Greene County missing teen Chaise Smith has been found and is currently in custody. 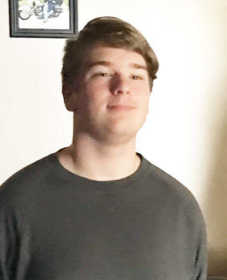 Police are seeking information about a runaway Greene County teen who was reportedly last seen in Indianapolis.

According to GCSD, Smith was residing in Indianapolis at a facility, from which he reportedly fled.

Smith, 17, is described as 185 pounds and approximately 5-feet 9-inches tall with brown hair and hazel eyes.

Anyone with information is asked to contact their local sheriff’s department, Indianapolis Metropolitan Police Department or Greene County Sheriff’s Department.

According to a family member, Smith was reportedly seen in Elizabethtown, Ky. on Monday.