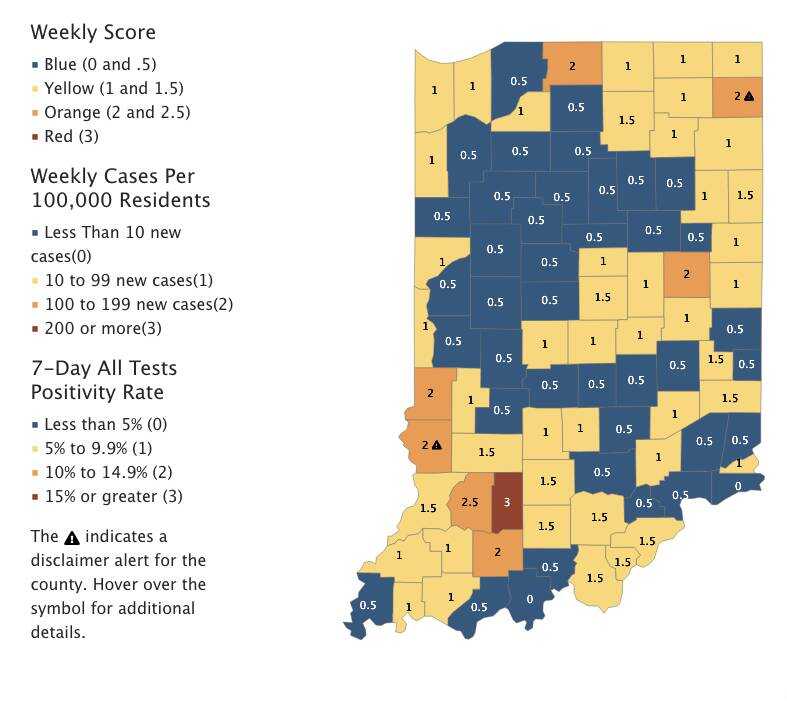 *All number reflect ISDH’s update as of noon Thursday

(The numbers are provisional, reflecting only the information published to the ISDH.)

According to the Centers for Disease Control and Prevention (US), there are 6,087,403 cases reported in the United States, with a total of 185,092 deaths.

The CDC and the World Health Organization have 25,884,895 diagnosed cases worldwide, with 859,130 deaths reported throughout the world.

On Wednesday, the United States announced that it would not help in the effort to create and distribute a vaccine for COVAX, an international effort to find a vaccine for the coronavirus, because the effort is co-led by the World Health Organization.

White House spokesperson Judd Deere told The Washington Post, “The United States will continue to engage our international partners to ensure we defeat this virus, but we will not be constrained by multilateral organizations influenced by the corrupt World Health Organization and China.”

Since his announcement earlier this year that the U.S. would be cutting its funding from the organization, President Donald Trump has called the WHO’s approach to the virus “China centric.”

“We will be today terminating our relationship with the World Health Organization and redirecting those funds to other worldwide and deserving urgent global public health needs,” Trump said in May. “The world needs answers from China on the virus.”