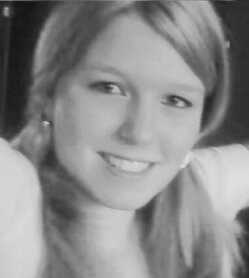 This winter will mark six years since the disappearance of Marina Pearl Boelter. Born July 15, 1996, Boelter was 18 years old when she went missing on Dec. 31, 2014, after working her shift at the IGA Deli in Bloomfield.

When she failed to show up to work the following day, coworkers reported her missing. Marina’s shift ended at about 6 p.m. on Dec. 31, and according to previous accounts by her then-boyfriend Douglas “DJ” Lockhart, she left the IGA parking lot, getting into a car with an unknown man.

The car was described as a metallic colored (gold, silver, or beige) Mercury Milan manufactured between 2009 and 2011 with multi spoke rims, a spoiler and a bluetooth or shark fin antenna on top. The Greene County Daily World reported that lead was exhausted years ago.

Ashley Boelter, the wife of Marina’s oldest brother, David, is Marina’s sister-in-law. Boelter says the family was never given the identity of the man who gave her a ride home, however, they were told that police did locate the driver that met the description and confirmed that he did give Marina a ride.

The man told police he dropped her off at a pizza parlor near her apartment. Boelter says she was told Marina and the man “knew each other from the grocery store.”

Reportedly, the last ping of her phone was detected near her apartment around the time she is believed to have been dropped off.

Boelter says she suspects Lockhart of being involved in Marina’s disappearance.

“David and I have never given up on the idea that DJ had something to do with it. It seems too weird that we didn’t have answers, then he died and we still don’t...he was abusive towards her. He broke her collarbone.”

Boelter says Marina and Lockhart had one child together who has since been adopted. Boelter also mentioned that Marina’s mother, Tressie Palmer, does not believe Lockhart could have been involved, and that after her disappearance, Palmer and Lockhart searched for Marina together on several occasions.

Lockhart died Feb. 12, 2015, six weeks after Marina disappeared. At that time, the Greene County Daily World reported a 22-year-old Lockhart had barged into the home of Bloomfield resident, Michael A. Rogers, who stated Lockhart confronted him over his relationship with Boelter and another female.

Police determined Rogers and Lockhart engaged in a physical altercation inside the residence. Lockhart died of a stab wound to the chest, which was determined to be inflicted by Rogers in self-defense. Reportedly, Rogers applied pressure to the wound and called 911, but Lockhart was fatally wounded.

Boelter says she has searched for clues over the years, trying to find out what happened to Marina. “There were no ATM cameras, no parking lot cameras, no nothing...I tried to log into her Facebook account, but she had deactivated it a few months before.” According to Boelter, she has been contacted with tips and rumors that never checked out. “There was a rumor that her belongings were found in a dumpster behind a local business, but it was unconfirmed...we never got that information (from investigators).” She was even scammed.

“A couple of years ago I was contacted through my page (“Find Marina Boelter”), some person said, ‘I know who has your sis. Give me money and I’ll get back to you.”

Boelter explained she contacted the FBI.

“They logged in as me on messenger and set up a meet. It ended up being a scam, I was told it was a person in Iowa.”

“There’s no way with how small the town is, that nobody knows what happened to her. We just want an ending, as opposed to the torment of never knowing what happened. How could nobody know? It just doesn’t make sense.”