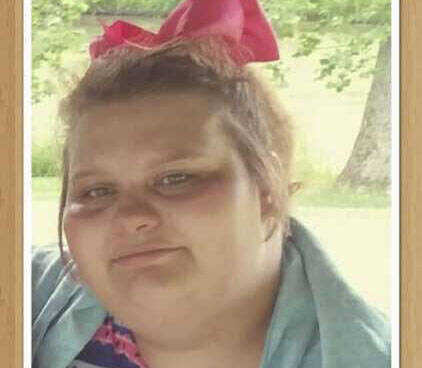 The Brazil Police Department announced that Natilie Marie McNeal, 17, has been located and is well. Officials have been looking for Natilie since she did not return home Sept. 2, and a report was filed by family members Sept. 3.

Further details are not available at this time, but this story will be updated when information if made available.

The investigation continues into a Brazil teenager who did not return home Sept. 2.

The Brazil Police Department confirms Natilie Marie McNeal, 17, has health issues that require medication, and her family is concerned for her health.

Natilie is described as a white female, 5’9, weighing approximately 300 pounds, with sandy-blonde hair and blue eyes. She was wearing a full-length multi-color dress with black shoes and carrying a tan and light green backpack on Sept. 2. (The family later discovered Natilie had packed several clothing changes before leaving home. Although the family reported it was not unusual for Natilie to take a backpack with her, it is unclear if she packed her medication.)

According to William Burnham, Natilie’s grandfather and legal guardian, she left their home near Forest Park to walk to Jackson Street Wesleyan Church. After the services, around 7:30-8 p.m., Natilie allegedly told people she was meeting “her aunt” at Casey’s Gas Station and headed in that direction.

Burnham said he knew something was amiss when she hadn’t returned home by 10 p.m. The family suspects Natilie met someone online; Burnham’s main concern is that she hasn’t been online since.

Officials confirm a report was filed around 2:30 a.m. on Sept. 3, and the department has been investigating the case and recently reinterviewed the family.

Natilie’s family has posted details on various social media sites in an attempt to locate her. Officials confirm there have been several reported sightings on the northeast and northwest side of Brazil.

However, Natilie has not been located when officers investigated.

Individuals with any information about Natilie Marie McNeal’s whereabouts are asked to call the Brazil Police Department at (812) 446-2211, or dial 911 if there is an emergency.

As the clock continues to tick away the hours, and now days are turning into a week, Natilie has not returned home. The family is growing worried and anxious as investigators request assistance from the public.

“Runaways are not uncommon in this area,” said BPD Assistant Police Chief Dennis Archer, who says most cases are resolved within a couple of days when the child returns home. “However, the longer a child stays away, especially one who needs medication, the family worries more. We worry more. We need to find Natilie.”