Group does its part to help animals 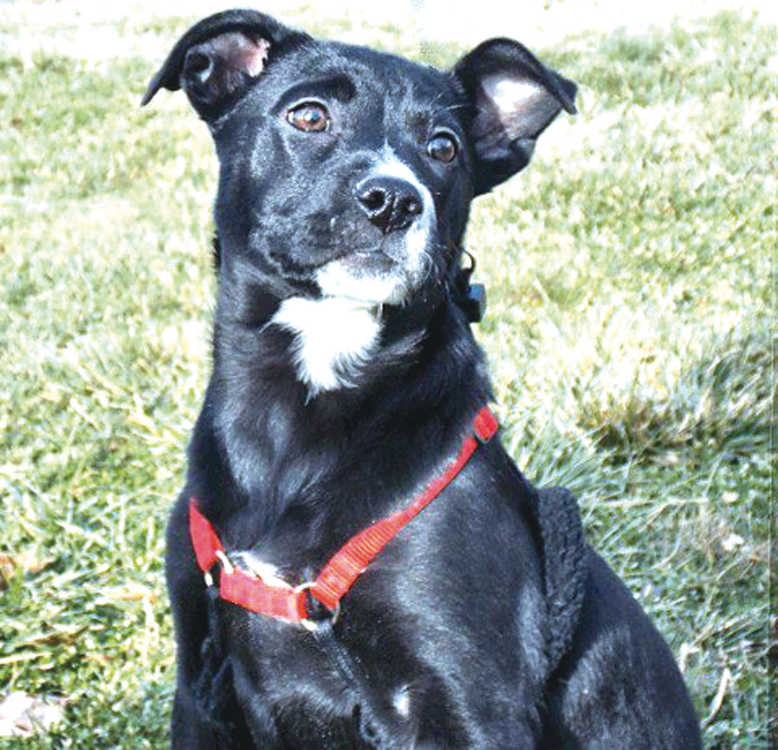 Missie is a pit mix puppy who was rescued from an abandoned swimming pool in Bicknell. She's available for adoption. (Submitted photo)

Chantel Eaton and Elizabeth Riggins reaffirm your sense of faith, hope, and goodness for animal advocacy.

Our interview came right on the heels of another arrest for horrific animal cruelty. Sick minds seem to manifest behavior by abusing the defenseless and innocent.

The S.A.F.E. rescue group tries to right these wrongs.

Eaton and Riggins are part of a caring group of advocates working diligently to save and re-home abandoned and abused animals. Their mantra is "Death is not an option."

Chantel became involved in wildlife rehabilitation in 1993. She discovered a major problem in pet rescue. No one had anyone to call when there was a pet rescue emergency. Calls come in at various times of the day and during nighttime hours. She felt a need to remedy that situation. She also did not want these rescued animals to be euthanized.

A self-proclaimed "Facebook junkie," she realized what a powerful tool social networking could be. By partnering with Rebecca Graves and other pet advocates, the rescue became an actuality.

Rebecca is a veterinary technician. She has assumed many roles as a member of S.A.F.E. Elizabeth commented, "She's our resident McGruff Crime Dog. She monitors Facebook and various websites."

Rebecca also places adoptable pet photos on the S.A.F.E. website. "She is very knowledgeable about pet health and behavior. She is blunt and does not sugar-coat things, a necessary characteristic when one deals with the daily administrative duties of pet rescue," said Eaton.

Riggins and Eaton profiled their rescue group. S.A.F.E. rescue began last spring. Their successes are numerous. The group has 432 members and continues to grow. Their services cover no specific area. They police hoarders, backyard breeders, and puppy mills. They have been able to close down two puppy mills and are working on a third. They have five foster families. Area veterinarians are utilized for health care and pet wellness.

Adoptable pets don't leave rescue care without their first worming and shots. The adoption fee for pets is $75 which covers vet fees. If the new owner then shows proof of spaying or neutering, he or she will receive a $25 refund.

Potential pet adopters may access an application online at S.A.F.E.AnimalRescue.Inc .

There is a selective screening process before adoptions are finalized. The goal of S.A.F.E. rescue is availability. Euthanization is not a consideration.

As our interview neared its end, both ladies shared one of their many success stories, nearly bursting with enthusiasm and details.

Lauren Jones of Linton found a beagle on her porch. She called S.A.F.E. for help. Chantel received another call from Charla Byers at Subway regarding another beagle. After some thought, Chantel contacted Lauren. She was told by Ms. Jones the beagle had wandered away. It had moved from Lauren's to Subway. Charla was called again and agreed to take the dog to Elizabeth's home to be scanned. (The scanner had been a gift from a company.) Charla and wandering beagle showed up around 10 p.m. The scan produced the best possible outcome. The owner's address was Florida.

The following day the owner was called and, as expected, was extremely shocked. Her current residence was Texas. She had given the beagle to a friend right before Christmas. The friend lived in Kentucky.

While visiting his mom in Indiana during the holidays, the beagle got loose. He returned to Kentucky without his pet. After he was called about his dog, he texted Elizabeth the next morning. Arrangements are pending for reuniting dog and owner.

A happy ending for this gad-a-bout dog.

There are many more stories left for the telling. Advocating life for lost, abandoned, or abused pets is the right choice. "Death is not an option."

Tawni is a retired Linton-Stockton Elementary School teacher. She can be reached by email at tprudhomme@gmail.com .

Comments
View 2 comments
Note: The nature of the Internet makes it impractical for our staff to review every comment. Please note that those who post comments on this website may do so using a screen name, which may or may not reflect a website user's actual name. Readers should be careful not to assign comments to real people who may have names similar to screen names. Refrain from obscenity in your comments, and to keep discussions civil, don't say anything in a way your grandmother would be ashamed to read.
Respond to this blog