Stories about the old days in the Goose Pond 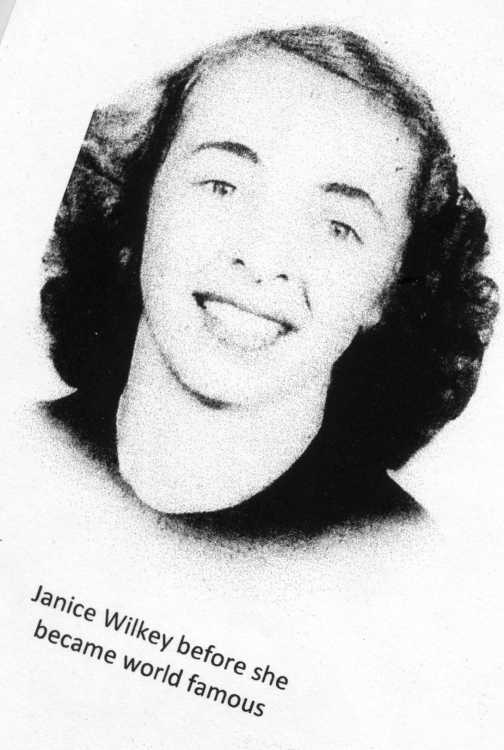 The Goose Pond was called the Greene County Farm before Paul Thompson bought it. There was 6,000 acres in the farm. After Paul Thompson bought it, he fenced it. Then, they called it a ranch; the largest cattle ranch in Indiana. He brought undernourished cattle from the west. He brought them in boxcars to Linton. I talked to my brother-in-law, Bob Cardinal. He was there when they unloaded them. He said there were hundreds of head of cattle because they finally had 3,000 head on the ranch. A lot of the cattle were Brahma. Bob said they shut off Highway 59. They had some cowboys with them and Wilbur Wilkey, Thompson's ranch foreman, had his men and horses and they drove the cattle to the Goose Pond, which they already had fenced.

Paul Thompson had a contract with the Champagne Velvet Brewery. He used the brewery slop to fatten the cattle. They hauled it from Evansville in big trucks and augured it out in big troughs. Boy, I'll bet he had a lot of happy cattle. They had cowboys riding the fences and taking care of the cattle.

Wilburg Wilkey and his wife Ruth and daughter, Janice, lived in a big two-story house. As you start down the Old Lyons Road, probably no more than 500 feet down the road, you turned right, and the big two-story house was on the left. It was close to Weavers Curve. The house is no longer there but the road is. My sister-in-law, Ina Mowery Cardinal, said she went there for a slumber party. Patty Cardinal was there, Kay Anderson, Wanda Lind, and at supper time, they brought out the best silverware and china. They even had champagne glasses.

Janice went to Marco School. She was a good student, well-liked by everyone, and very mature for her age. Janice belonged to the Sunset Wranglers Saddle Club at Linton. Janice helped her dad work the 3,000 head of cattle in the Goose Pond. In between times she taught ponies and horses tricks and started riding three horses standing up Roman style. She already knew what she wanted to do. She needed to move somewhere where she would have better weather to work horses. So they moved to Weatherford, Texas.

She had a branded horse called Mex. She had two white horses and Mex was a bay. Ona Fish told me Mex wouldn't jump, so she sold her to Ona for four hundred dollars, which was a lot of money back then. Mex might not have been able to jump, but she was one of the fastest walking horses I ever saw. You could hardly keep up with her on trail rides. After high school, Janice continued showing her horses and started riding with a championship Roman riding jumping team.

A few years back, I was looking through the Hoof and Horn magazine and her and her family were performing at a rodeo where President Nixon was attending. She probably was one of the most famous people from Linton. We never heard much about her, but she became a world famous horsewoman. She was with several groups of trick riders and ropers. While wintering in Florida, she met a horseman from Ohio. His name was Jim Warvell. They were later married. They started an all-girl trick riding company, called the White Troop, with eight girls and several white horses. They bought a young white horse, who they called White Feather. They worked with him for a while and taught him to jump over a white convertible car. The horse did this with little effort with Janice on his back. One of the best parts of the act was that Janice would be dressed as an Indian princess and White Feather comes into the arena, without any bridle or saddle and his mane and tail flowing like a wild horse on the plains, and he comes to Janice and bows down for her to get on.

After their two daughters, Toni and Sonna, started riding, they called the act "The Warvells." They performed all over the world... England, Kuwait, Japan, Canada, Mexico, Puerto Rico, Brazil and Singapore. After Sonna finished college, she continued her career in California, showing and training Andalusia Stallions for film star Bo Derek.

She landed a job at Euro-Disney starring as Annie Oakley in Buffalo Bill's Wild West Show. It is the role she still plays at Disneyland Paris. In December of 2010, the Warvells were inducted into the Texas Cowboy Hall of Fame along with Tommy Lee Jones, Nolan Ryan, and Dr. Red Duke, Jr. On January 1, 2011, Janice Wilkey Warvell died at 77 in an accident in Paris, France.

I was trying to get information about the Wilkies, so I called Phyllis Lehman White. She lived across the road from the Wilkeys. She said she remembered that they had a grand piano in the big two-story house, and she said Janice really loved those horses. Phyllis said she would see them come down the road with their horses to work the cattle. It was this same road that Bill White of Switz City came down to farm a field. She had seen him go by, but had never been outside when he came by. One day, she was painting her parent's fence and this time he saw her. She saw him quite a lot as he probably worked that field more than any of the others. Before awhile, it seemed as if they knew each other although they had never talked. Bill went to a 4-H Camp at Shakamak and there was Sam's little sister, Phyllis, meaning her brother Sam. They talked and Bill asked her for a date. They dated for awhile and later on they were married at the Pleasant Grove Church, the first couple to be married there. They have been married for 59 years and have become a very successful farm family.

Paul Thompson continued this cattle operation for a few years, probably until his contract ran out. Then he started raising grain. He built a cattle barn three-fourths of a mile long and started feeding them in there. I remember when he had a plow that looked as if it was four-foot high and they pulled it with a couple of industrial tractors hooked together.

One night, Ralph had cut a bee tree and he invited Minner Fish and Carl Weddle and Johnny Bucktal to join eating some of the honey. Squirrely Lehman also coon hunted with them but wasn't with them this night. He was probably hunting in the stripper hills. Minner said the lost forty was a good place to hunt. It was full of big oak trees, and it was full of mushrooms... the big red kind and others. In other places there were swamps and places you could hardly crawl through. There were snakes, frogs, raccoon, muskrat, geese, and all kinds of fowl. Minner said he killed his first deer in the Goose Pond. Now it has been turned back to a wildlife area.