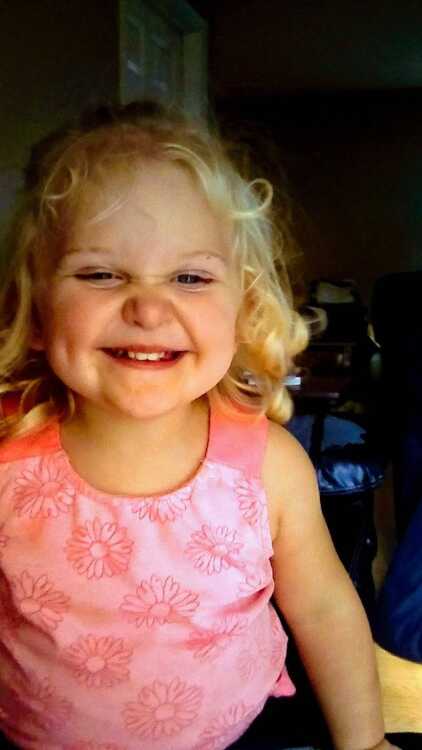 The last few weeks have been quite the trial for me, between balancing an almost 2-year-old, sickness and a full-time job, I have spent way too much time overwhelmed.

My happy baby has been throwing epic tantrums, throwing herself on the ground, kicking and whining for hours on end. Then, on top of just being a normal toddler, she got sick. She’s been covered in bumps for weeks that the doctor can’t pinpoint a cause for, so we’ve been slathering her with all the creams and potions we can find.

I know she’s sick, so I’ve tried everything in my power to be patient with her. I’ve used my soothing mommy voice between her screams, and given in to way too much screen time to appease the beast.

Last Thursday was a bad day for both of us. Neither of us had slept well the night before because she was miserable. She was in and out of both of our beds. She couldn’t go to daycare that day, so I spent the day -- between all of the meetings -- making sure she was cared for.

I was physically and emotionally tired, and so was she. I tried to put a shirt on her, and that was the last straw. She freaked out. I tried to calm her, to no avail, and she laid on the floor for a full 30 minutes screaming and kicking.

I was defeated, and my last offering was to give her a bath to calm her down.

She was calmed down at the mention of a “big baf,” as she calls it. I let her stay in the tub as long as she wanted.

She was calm. We played with the rubber ducky and I demonstrated how to clean herself with the Minnie Mouse loofah. When she finally decided it was time to get out of the big baf, I wrapped her up in a towel and picked her up, which is our normal routine.

She snuggled her little head into my shoulder and said, unprompted, “I yuv you, mommy.”

I told her they were happy tears and gave her another big hug.

“Happy?” she asked, then nuzzled her head back into my neck.

In that moment, I realized how complete my life was. Even on the most frustrating, busy days, every single second with my little girl makes life better. I didn’t know it was possible to love this big until I became a mommy.