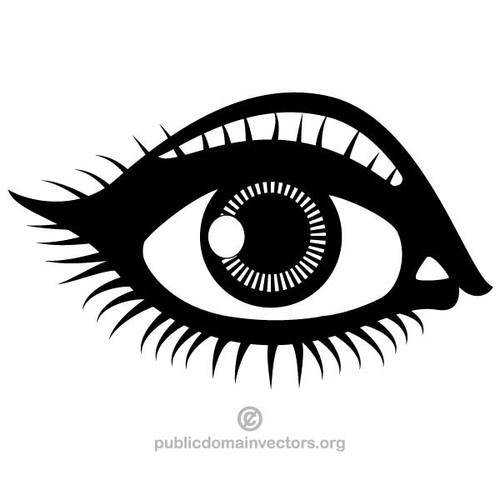 Getting older is definitely not for wimps.

Especially when things start to noticeably deteriorate. Like vision, for example.

Good vision is easy to take for granted, you don't really think about it much, unless you don't have it.

Most people will naturally pay more attention to the things they are seeing, rather than the body parts that allow them to do so.

I've had good vision my whole life, up until a few years ago.

Back in 1998 or so, I did have surgery on both eyes, but that was to get rid of some persistent floaters and my vision stayed the same, just became a lot less annoying without those little buggers floating around.

Anyway, a few years ago, I was visiting family in Seattle, and one evening I went to the Blue Moon Tavern (I think it's still called that) to see my son Jake Tiger's band play.

They are a nine-piece soul/funk/jazz/awesome group called "Eric Blu and the Soul Revue, facebook 'em.

I arrived separately, since Jake and his bandmates had to come early to set up. By the time I left, it had gotten dark. I hopped in my daughter-in-law Lindsey's car, headed back to their Seward Park home.

On Interstate 5 south, I felt funny (funny odd, not funny ha-ha) as I was driving. Sometimes, but not often, I am vulnerable to panic attacks, and this felt like one.

The freeway was a sea of tail lights on one side, headlights on the other, and urban neon, streetlights, and skyscraper lights all around. It felt surreal, like I was driving through light.

My vision seemed blurred and I wondered what that was a symptom of, and whether I should exit the freeway and seek medical attention.

After talking myself into a somewhat calmer state, I noticed that the glare of the lights, and the halo surrounding each of the thousand or so lights all around, was only visible when my right eye was open.

Thinking I must have gotten something in my eye at the tavern, I concentrated on getting home safely and remaining calm.

I got online the next day and did some looking, inconclusively.

When I mentioned the haloes and problems with lights at night, Jake said something like "Righto, let's have the eye out then," while flipping open his pocket knife.

Skipping his offer of impromptu surgery, I returned to my online research.

A few days later, I was up north, visiting the suburbs and my sister Barb. I mentioned my vision problem, and she replied with "You're getting old."

She said so casually, as if it was no big deal.

Barb mentioned that she had had cataract surgery at 50, but I was unconvinced it was what was going on with me.

To explain the "halo effect," any time I looked at light, whether a lamp or headlight, or even reflective strips on the street or on traffic signs, I would see refracted light around the edges, like a halo. It made traffic lights look like kaleidoscopes, particularly at night. Speaking of night, when I would look at the moon, what I saw was four moons, in a circle. Really pretty but disconcerting, to say the least.

The affliction is exactly like if you put a glob of petroleum jelly smack dab in the middle of your eye. Why anyone would do that, I haven't a clue, but that's the best comparison I have.

In its defense, the cataract made some things really cool. For example, fireworks on the fourth. To me, they were giant exploding kaleidoscopes in the sky, and I felt like I had gotten a special fireworks show, just for me. I tend to see the bright side of everything, even when it's annoying.

Even I can't come up with anything else good about having a cataract, although I bet they are popular with ophthalmologists.

Most nights when the moon was visible, I'd look up at it, through both eyes, then just the right, then just the left. I think that's called "compare and contrast," not that that has any bearing here.

Anyway, I would switch between seeing one moon and seeing four moons, mostly for fun but also to gauge if it had gotten any worse.

One night a few months ago, my four moons turned to six moons, and my health insurance at the newspaper had kicked in, so I made an appointment for an eye exam.

Dr. Lisa Steward at Greene County Vision Center diagnosed it right away. She said it was a rather large one, and gave me a referral to the Eye Center of Southern Indiana in Bloomington.

There, the whole focus is on eye health, and the ophthalmologists who own the place are all clearly capable at what they do. I was seated in a waiting room so comfortable I wanted to move in, and was seen in a timely fashion (for those of you who did not notice my clever vision puns in the last two sentences, go back and look for them, there are three not counting the one I just typed).

I was scheduled for surgery, which took place at the end of June and went well. I opted for Lensx surgery, laser-assisted cataract removal, in hopes that I would wake up with some sort of laser-beam superpower, but no such luck. I should probably have read the fine print, but that's rather hard to do with a cataract.

I did, however, leave there with a shiny new artificial lens implant in my right eye, and after some healing, the petroleum jelly glob effect had disappeared.

I am still going to need old-person glasses (bifocals), for close-up stuff and distance, but I am quite pleased to report that five of my moons have disappeared.