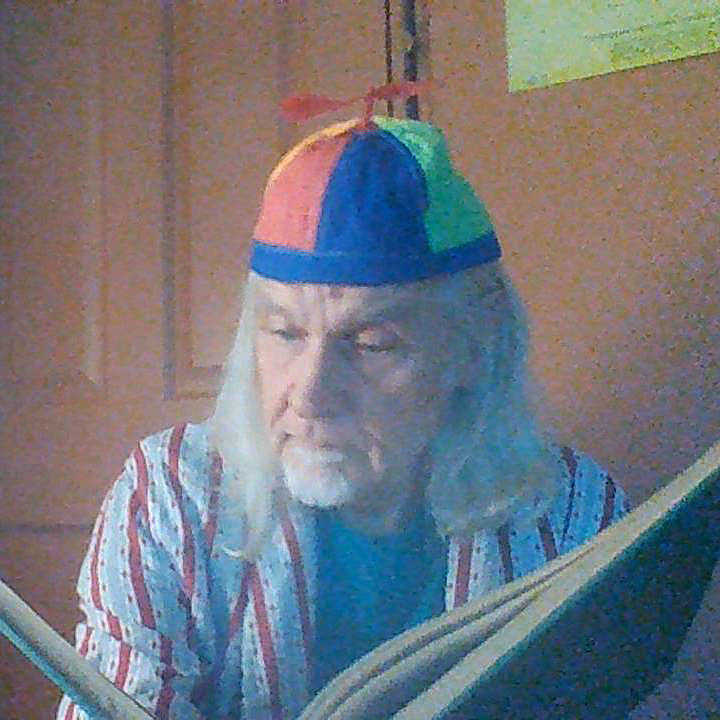 The man can even rock a propellor beanie! How do you not love a guy like that?

Back in 1998, John and I met online, after I had won an eBay auction from him, a Ramones record I had been looking for.

In the form letter he sent advising me of my win, the same one he sent to all winners, I guess I read more into it than most would, and I wrote him back, blathering about how much I love the Ramones, urging him to write back.

Not one to disobey (insert elbow nudge here), John did write back, telling me he had seen the Ramones in Bloomington several years before. INSTANT COOL in my book, and I answered with question after question, again forcing him to reply.

Poor guy, he had to have thought I was some kind of kook. But he politely responded, and although I can’t really explain why, reading his words just made me feel like I was in the room with a really cool guy.

We became friends, and emailed one another for the next three years. Every email brought me closer and closer to loving this silly yet very intelligent man.

As we got closer, we revealed more, got more relaxed and funnier with each other.

After that three years, I was dealing with a painful breakup, and John had been through a divorce on his end as well.

I had a couple of weeks vacation coming, so I threw caution to the wind and bought a plane ticket.

Sure, he could have been a crazed lunatic serial killer/ old fartypants guy, but one way or another, I knew that I would either be meeting a person whom I considered a very good friend, or, if the chemistry was real, the love of my life.

The moment I got off of the plane, I headed straight to the restroom to freshen up. Upon exiting, there he was.....

Chemistry so potent I could hear the electric crackling and smell the fireworks residue around us.

We drove home, cuddling close, and got back safely.

He stayed downstairs in the shop, working, while I promptly fell asleep for about 10 hours. Such an exciting house guest, I am.

So then, a few months later I rented a U-Haul and we drove 2,446 miles home to Linton. Well, John drove, actually. I mostly sat in the passenger seat eating chocolate and singing at the top of my lungs.

He is the kindest, sweetest, smartest and funny man I have ever known, and the only man on earth who could keep me in Indiana while my children and grandchildren, and other family members live in the Seattle area.

Try as I might, I cannot convince him that it’s his turn to pack up and move, knowing that Seattle would love him and he would love it.

I get so homesick sometimes, not only for my family but for the sights and smells and happenings of city life, the mountains, the rain forest, the ocean, Pike Place Market, Seattle Center, the Seahawks, good coffee, diversity, equality, open minds (no offense) and the energy that is Seattle.