Walk a mile in combat boots with me 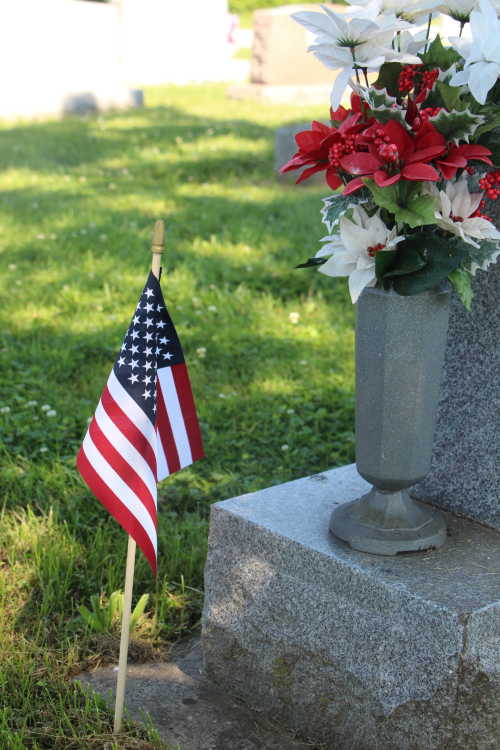 Here at the Greene County Daily World, we staff writers are given a lot of freedom when writing our personal columns, like the one you are reading now.

For me, the chance to express my thoughts and to voice my concerns is a wonderful thing (I love my job.....), and I don’t take it for granted.

For other staff members, however, the chance to express how they feel is almost never something that makes it to print.

I have the good fortune to work with some pretty awesome people, each with a different background, a different life and different experiences.

I believe that it is our differences that make us interesting.

A member of our staff, Cory Anweiler, is one of two “press guys” on staff. He and Jon Swaby have the ultra-important responsibility of running the press at night, rolling out copies of the Greene County Daily World. He’s the guy I dressed up as last Halloween, lol.

Cory is also a proud Veteran of the United States Army, serving our country and serving it well.

Without his own personal column in which to express what Memorial Day means to him, I offered Cory the use of mine. The words are (mostly) his, and here they are.

(Except for this first part, because Walt Whitman wrote this.)

--from “Dirge For Two Veterans” by Walt Whitman

Lightly falls from the finish’d Sabbath,

On the pavement here, and there beyond it is looking,

Down a new-made double grave.

For the son is brought with the father,

(in the foremost ranks of the fierce assault they fell,

And the double grave awaits them.)

The moon gives you light,

And the bugles and the drums give you music,

And my heart, O my soldiers, my veterans,

My heart gives you love.

According to usmemorialday.org, there are many unofficial origins of Memorial Day, originally called Decoration Day. We do know for sure that President Lyndon Johnson, in May 1966, officially declared Waterloo, New York the birthplace of Memorial Day.

Decoration Day was officially proclaimed on May 5, 1868, by General John Logan, commander of the Grand Army of the Republic, in his General Order No. 11, “The 30th of May is designated for the purpose of strewing with flowers or otherwise decorating the graves of comrades who died in defense of their country.......”

The date was chosen, says the site, because it was not the anniversary of any particular battle.

The point of the day, for some, is to enjoy time off with family and friends, cooking outdoors or other activities. The truth is, this is a day to honor warriors of war, those who have given their lives for our freedoms. We have all lost people in our lives, and remembrance is the most important way we have to keep our lost loved ones with us.

Everyone is affected in one way or another by this day, and I am no exception.

My name is Cory Anweiler, and I am a Veteran of the United States Army. I have lost good friends to the ravages of war, from a high school track teammate to a man who taught me everything about Army life. I would like to take a moment to remember these two, to honor them and to keep them safe in my heart.

• (background info provided by Patti) Born in Gary, Ind., May 4, 1976, Winters joined the Marines in 1997, following in the footsteps of big brother Matthew Winters, Jr., who joined in 1992. Winters was one of seven Marines killed Jan. 9, 2002, when the aircraft they were in crashed into the mountains in Pakistan, killing all aboard. She is officially listed as the first female servicewoman to die in the war on terrorism. Marines killed on that fateful flight aboard a KG130/R aircraft include:

In December of 2010, the Sergeant Jeannette L. Winters Center for Homeless Female Veterans was dedicated in Gary, Ind.

Now, back to Cory:

Jeannette was my friend from high school in Gary, Ind.. She was a caring and friendly woman, and a track teammate, along with her sister and brothers. I remember her as compassionate, willing to lift your spirits even when hers were down. She was a champion of the ‘little guy,’ always sticking up for people who couldn’t or wouldn’t defend themselves. I don’t recall hearing so much as a harsh word from her about anyone. She never thought she was more important than anybody, never thought of herself as special or better than anyone. She was always smiling, always happy. Thank you, Sergeant Winters.

To the best of my knowledge, Sergeant Winters was the first female Marine killed in Middle Eastern combat, and she will be forever remembered in my heart.

This will be tougher for me to write about, but here goes: Staff Sergeant Brent was one of two platoon sergeants who made a major impact to my Army life. He was my teacher, my mentor, a friend to every soldier in his command and he was my Staff Sergeant.

He was always willing to help his platoon; his priority was to make certain we were all okay, both in our professional and our private lives.

I butted heads with this man more than I ever did with my own father. The first time I met Staff Sergeant Brent was in our maintenance office. He introduced himself and asked where I was from. I said, “Gary, Indiana,” and he said “No way, I’ve been there, and you do not mix in.” I laughed, and he said “I will bet you 50 push-ups you’re not.”

I said “Okay,” and grabbed my wallet, pulled out my driver’s license and waited for my moment. It was a great one for me, a private watching an E6 give him 50 push-ups.

I made mistakes as a young man, and as a soldier. I have never told anyone the following about Darrick Brent:

Darrick took a major hit, and he took it for me. I won’t reveal why, but Brent was demoted and switched to another unit, for me.

He took that hit so that I wouldn’t be kicked out of the Army.

I will admit, memories are hard. They hurt, even the good ones, but they allow us to remember those we refuse to let go and be forgotten.

I saw Staff Sergeant Brent a few times after I got out, and he was still that guy, still concerned and still caring about what I went through. I was lucky to have someone like him, someone who would do his best to keep my well-being a priority. As a private, he took me under his wing and molded me into a good soldier. Thank you, Staff Sergeant.

When I heard of Staff Sergeant Brent’s passing, I will tell you I C-R-I-E-D. I didn’t weep, I didn’t shed a tear, I cried, and I cried hard.

He meant a lot to me as a friend and as a teacher, and I immediately went out and got my first memorial tattoo, Cave Canem; Latin for Beware of the Dog.......

My Staff Sergeant called me ‘Rottweiler,’ in reference to my last name and my personality. I was a fearless, loyal and dangerous dog for this man, and he will forever be embedded in my heart.

These are two of the people I honor on Memorial Day, who do you honor?

I urge my community to come together, let us know who you honor.....