Back to the land of lattes and weed 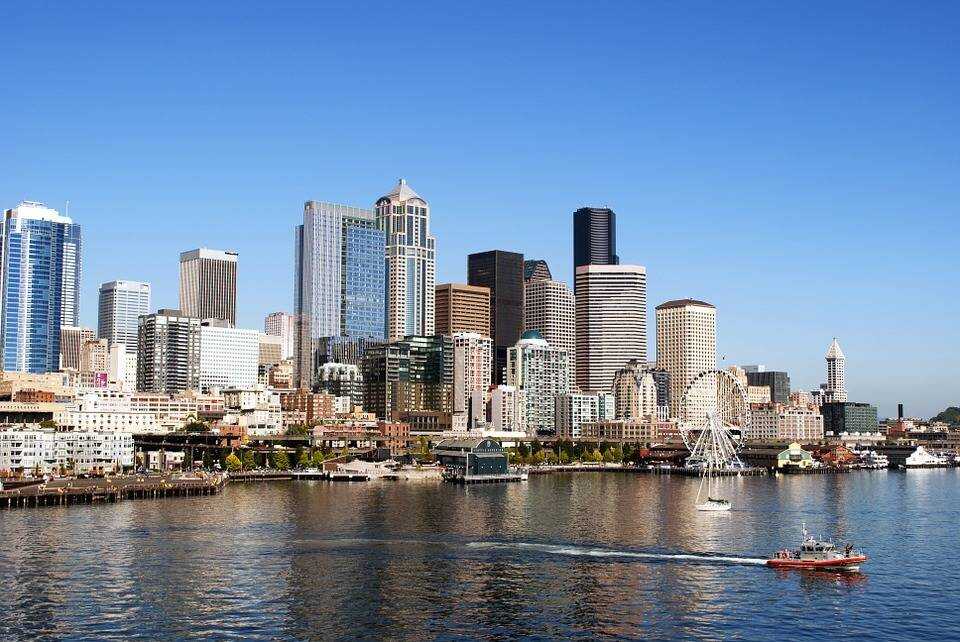 As many already know, I am an imported Linton resident. I moved here from my native land near Seattle in 2001 after meeting the coolest guy who ever lived, John Danner. We met on eBay (I’m serious!) in 1998 when I won an auction of his for a Ramones record (Road to Ruin). He and I hit it off, two sarcastic dreamers united by music, humor and generally shared interests.

I have three boys, all grown and they all live in the Seattle area, so I get back there as frequently as I am able to in order to see them and the rest of my family.

The last time I was there was in December, when my family had a private memorial gathering to mourn the death of my big sister Barb, who passed away in November.

That was a brief and somber visit and boy, I miss my sister...when I feel like I can handle writing about her death I know I will.

This January, a blessed event in the form of a seven-pound baby boy who was born on his Papa’s birthday happened, and I’ll be heading to Latteland as you read this to meet the little feller in person. We’ve had weekly Facetime visits, but there is nothing like holding your grandchild for the first time...

Also happening during this visit will be the marriage of my great-niece to the man of her dreams. I am fortunate enough to have been asked to officiate and I look very much forward to the ceremony. My great-niece is Barb’s first grandchild, so there will be a bittersweet aspect to the event.

I plan to indulge in some serious baby snuggles, drink more lattes than I can afford and laugh at the sign-spinners on some of the downtown corners, advertising whichever recreational marijuana store they work for. They are hilarious, take my word for it.

Ever since weed became a thing out there, advertising has gotten more creative and daring, the dive bars around Pioneer Square are much less terrifying to walk past and everybody just seems chill and happy to be alive.