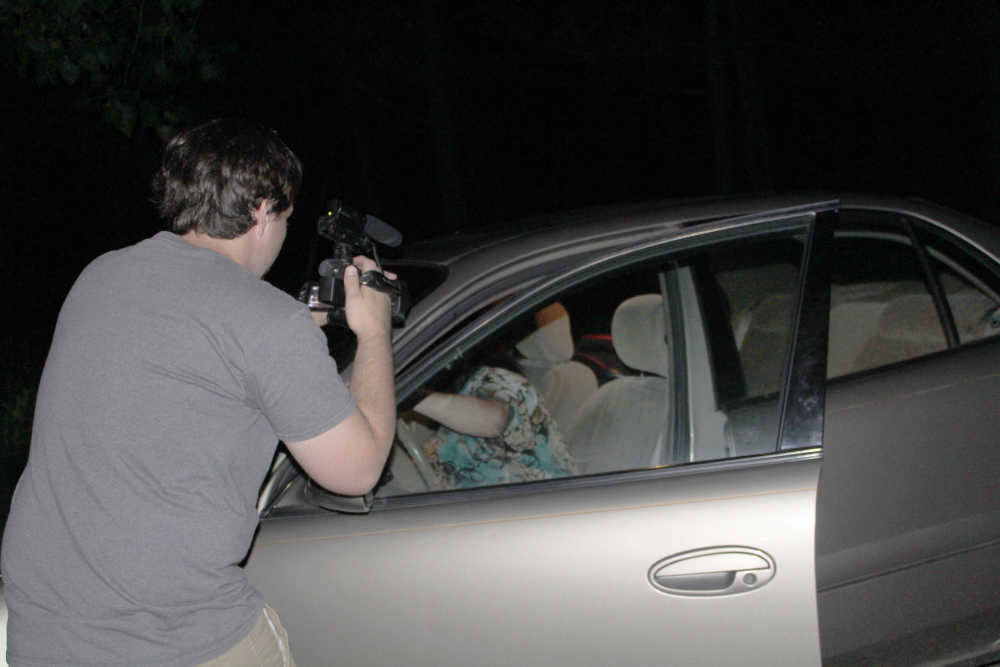 All photos courtesy of Moonlight Films Mair films as I fumble for a flashlight in my last few moments on Earth.

Last weekend, I had the opportunity to help out the local filmmakers of Moonlight Films. James Ian Mair, Deron Morgan and James Stevenson are fast friends, bonded by a shared artistic passion to make films And not just any films, they make horror films.

Buckets of blood, creepy monsters, mad scientists, blood-drinkers and plot twists are all in a day’s work for these fellas.

In January, I interviewed two of the three, Ian and James, and wrote a piece about what was then their upcoming film, “Legend of Demoniac.” I had fun talking to them and was very interested in their creativity and the fun they seemed to have while making their films. The trio uses a lot of local people in their work, and my husband John has had minor roles in two of their films, so I mentioned that I would be happy to help out if they ever needed a fresh victim for a scene or whatever.

So, last week, Ian Mair contacted me and asked me if I would be available Saturday to be brutally murdered on a lonely country road. On film. Well, he used words to that effect, anyway.

How could I refuse the prospect? Of course I said yes. We hammered out some details, like what clothes I would wear to meet my demise, whether I minded getting bloody and if I thought I could scream on command. All systems were go, and as nighttime approached, I began to prepare for my untimely demise.

Mair, Morgan, Stevenson, and crew met me at my house and we headed over to the home of the actor who would later be claiming my life.

My first glimpse of my doom came as I peeked around a corner to see Deron applying some touch-up makeup to a man who was, frankly, terrifying to behold. 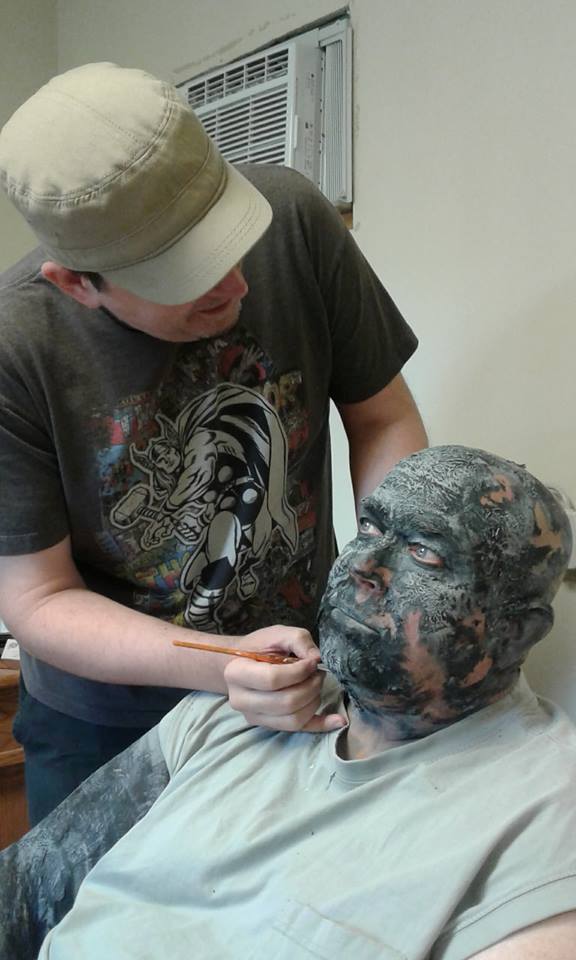 Looking as though he had lost a fight with a flamethrower, Eddie Fish needed very little assistance in creeping me out (having said that, I will add that he is a very nice guy and murdered me with kindness and respect).

We drove out to the dark street of my doom, which wasn’t actually sixth street, but anyone living within two miles of the street we were on knows where I mean, because they had to have heard the horrified screaming. 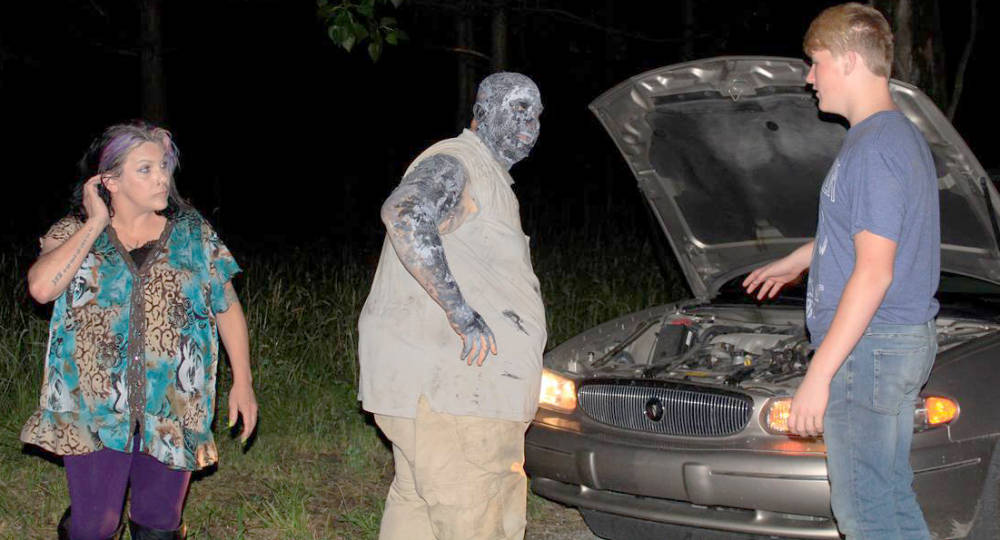 Sorry about the horrified screaming, folks.

Pulling up behind the Trio of Terror, I was briefed by Mair as to how the scene would go. As we began, I was really impressed with their professionalism and knowledge. They explained every step of the process, gave me hints as to what my character was thinking and how she would react and where my assailant would come from and what he would do.

With the camera rolling, my character caught her first glance at the horror that Eddie Fish had become, and I let ‘er rip with screaming that was only half acting. 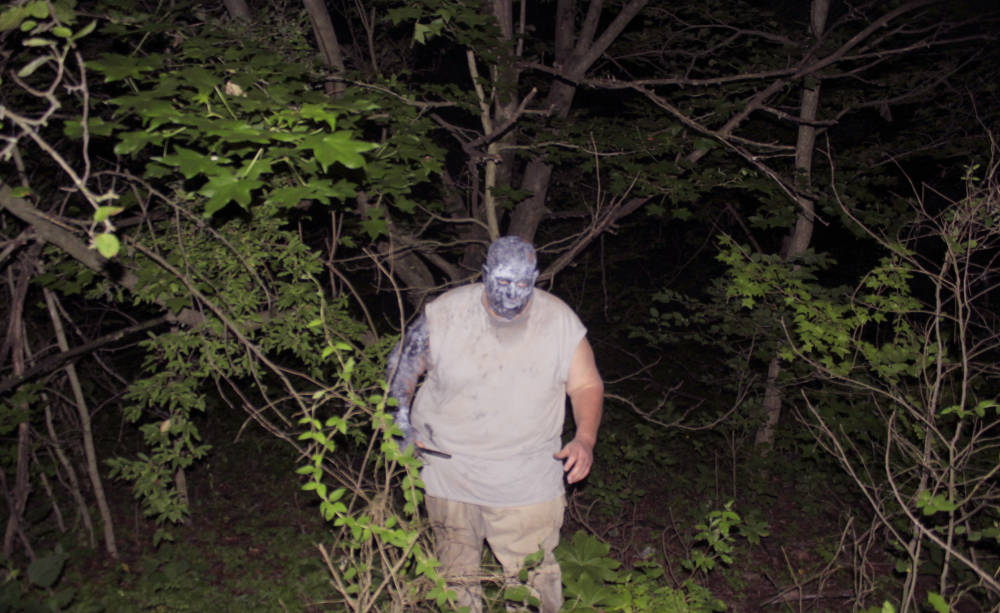 “OH, MY........HOLY......WHOA...” were the reactions I heard from the crew. I took these reactions to mean my screams were adequate and continued to disturb the rest of most of that area of Linton as we filmed.

During the action, in which I am thrown to the ground, straddled and dispatched with glee by Fish and a very large knife, all three Moonlight filmmakers plus my scene-mate Fish kept checking to see if I was okay, making sure I was comfortable and generally being super-nice guys. 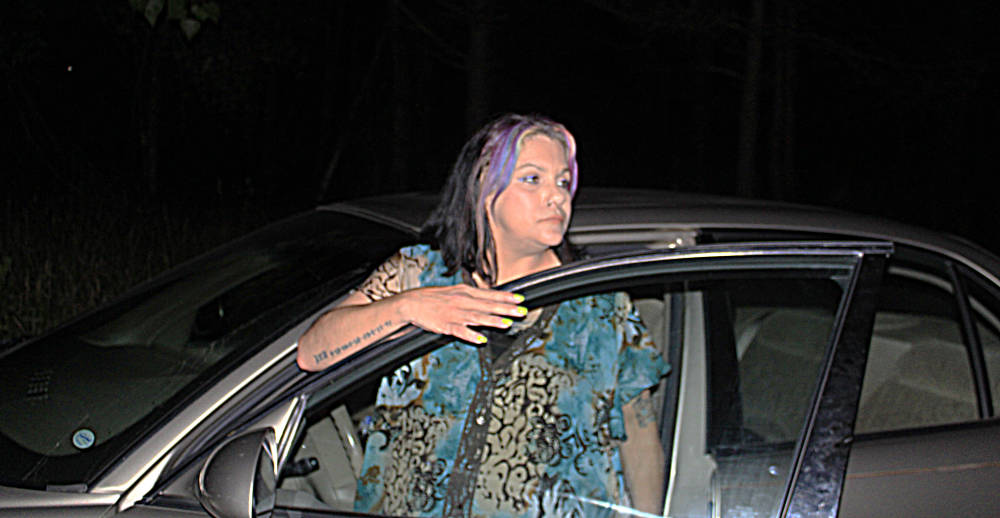 It was an odd contrast to have a guy twice my size wielding a weapon he intended to use on me act so politely, helping me up off the ground and making sure I was okay.

Before long, my bloody demise was complete and it was time to head for home.

As I drove back to my normal life, I wanted to go back. I wanted to keep filming, keep dying, whatever was needed in order to keep having fun.

All in all, it was a really fun and amazing experience with some very professional and very fun people who are truly doing what they love to do.

I will be writing about Moonlight Films twelfth release, (I think it’s the twelfth, no time to fact-check right now) “Maker of Monsters,” as it’s release nears.

As I do, I will remember my experience with the nicest, coolest bunch of weirdos in Greene County, and I will look very much forward to doing it again. 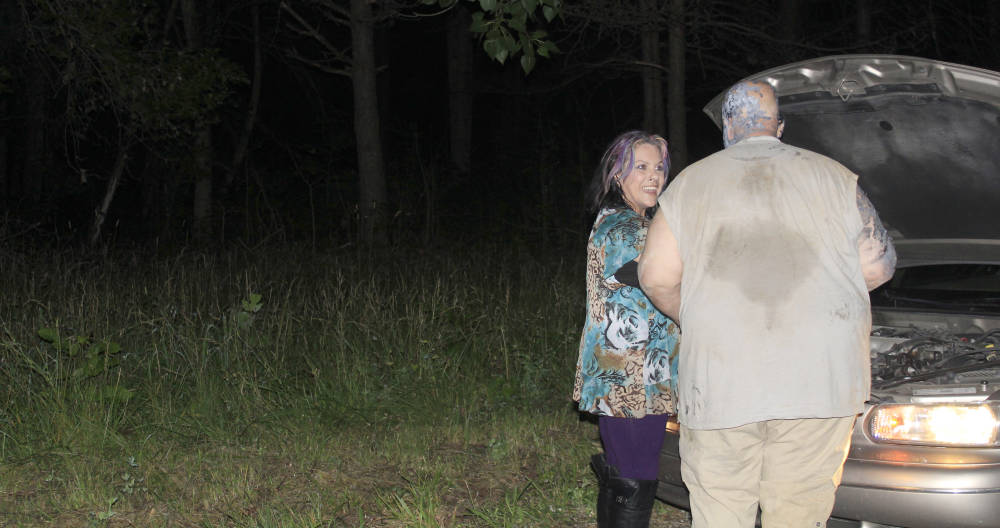