I’ll miss all of my undead friends... 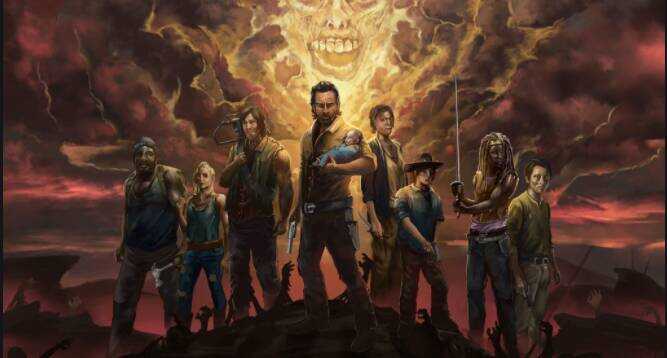 The eleventh, and final, season of The Walking Dead is underway. Only three episodes in, and I’m already rehearsing my farewell speech and trying to think up ways to act like I’m okay with the end of the series.

It’s been a good run, I suppose. Eleven seasons, that’s nothing to sneeze at but it feels like nothing compared to the endless seasons of The Simpsons or the many years of M*A*S*H*. It’s not fair, they got more...AMC thinks it can placate us by hinting at spin-off movies featuring our dear-departed Rick, but they haven’t even begun filming any, the dirty so-and-sos. Besides, I’m sure these alleged spin-off movies, if they are ever made, will just be another way for them to make a buck from merchandising and whatnot. Probably have to join some kind of elite club or something to even get tickets, Like how you have to have AMC or AMC+ to watch the series. I grumbled about it prior to season 11, but I pay my $4.99 per month AND I see all of the episodes a week early, so good on me.

I am nothing if not loyal to the Walking Dead franchise. I’ve seen every episode more than once, and even kept watching after the big brain-bashing dealt by Negan to the sainted pates of Glenn and Abraham in season seven. So many stopped watching, or threatened to, after that dark plot twist. I thought it was brilliant, though. Yes, of course I loved Glenn and Abe and I was shocked to see them get fatally beaned by the faithful Lucille, but I couldn’t help but think, “Whoa! This crazy show is not afraid to go there! What will they shock me with next?”

Moments like (SPOILER ALERT if you haven’t seen the whole series) the one between Carol, Lizzy and the flowers, the beheading of Alpha and the eye-knifing of Beta, the horrible sight that greeted John, Alden, Daryl, Michonne, Carol and others as they crested the hill at the Whisperer’s new northern border (the undead heads of their friends on spikes, RIP Enid, Tara, Henry...) and the stomach-tightening moments for Daryl, Glenn and Rick at Terminus, bent over bathtubs awaiting a blow to the head and a knife to the throat and eventually, their appearance on everyone’s dinner plates.

From the very first episode (which, I must confess, it took me three tries to watch all the way through) The Walking Dead has curled my toes with horrific scenarios (there was just something so terribly WRONG about that little dead girl Rick meets, and shoots, at the gas station) and tense frightful moments.

I suppose when the series ends I’ll have to find something else to do that can offer me the same satisfaction, like raising electric eels in my bathtub or learning how to perform DIY surgery on myself. Worth a try.