Doubleday shone on the field of war, not the diamond 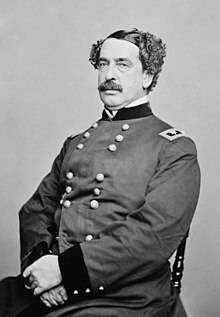 Cooperstown, NY, provides a home to the Baseball Hall of Fame.
I mention this because six Greene County players recently visited Cooperstown to play in a 12 and Under baseball tournament as duly noted in a recent story and column.
Hotel owner Stephen Carlton Clark established the Hall of Fame in 1939, and it was dedicated on June 12, 1939. His granddaughter Jane Forbes Clark has been chairman of the Hall’s Board of Directors for nearly 20 years.
Legend has it that Abner Doubleday invented baseball in Cooperstown in 1839, That is incorrect as there are mentions of baseball before 1800. In fact, baseball, cricket, and several other similar sports apparently evolved from sports played in the Middle Ages.
At any rate, Doubleday did something infinitely more important than invent baseball. He served as a general for the Union in the Civil War.
Doubleday served at Ft. Sumter as a captain. The Civil War began on April 12, 1865, when the Confederates fired upon the fort. By some reports, Doubleday fired the first shot at the Rebels.
After returning north, he became a brigadier general and fought in the Second Battle of Bull Run (Manassas). He and his troops had the unenviable task of facing Stonewall Jackson’s division. Doubleday also commanded troops at the debacle of Fredericksburg where the Northern army charged Confederates behind a wall upon a hill.
He fought on Sept. 17, 1862, the bloodiest day in U.S. military history, the battle of Antietam (Sharpsburg). General Fighting Joe Hooker ordered his troops to advance south toward a plateau on which stood a Dunker church.
“The high ground marked by that church was his objective.” Civil War historian Bruce Catton wrote in Mr. Lincoln’s Army. “If it could be seized and held, Lee’s whole army would have to retreat.”
Doubleday led his division down the Hagerstown Rd. against the Confederates. Skirmishers in a cornfield, troops along a fence, and batteries of artillery prevented them from seizing the church, although the North did win the battle. The victory at Antietam led President Abraham Lincoln to issue the Emancipation Proclamation and probably kept England and France out of the war.
Doubleday’s finest moment as a soldier came on July 1, 1863, the first day of Gettysburg. He led the Iron Brigade into action that morning, telling the men a position overlooking Willoughby Run, a tributary of Marsh Creek, must be held “to the last extremity.” They forced a couple of Southern brigades to retreat, taking many prisoner.
However, the Southerners then forced Doubleday’s troops back through the town to Cemetery hill. Although the Confederates attacked on three sides, the Union forces held. For five hours, Doubleday’s men, about 9,500 in number, fought 10 brigades numbering more than 16,000 men. He was wounded in the neck on the second day of the battle.
Catton wrote: “It is fascinating to wonder what the other generals would have said if they could have known that in the end Doubleday was going to be one of the most famous of them all -- not for his war record, but for his alleged connection with the origin of the game of baseball, which the soldiers were just then beginning to play in their off hours.”

Reminder
The Bloomfield boys tennis team will begin practice at 3:30 p.m. Monday, Aug. 5, at the south athletic complex. Players must have their physicals on file with Bloomfield’s athletic office or bring them to the first practice. Otherwise, they will not be permitted to practice.