Miners have now become the hunted, not hunters 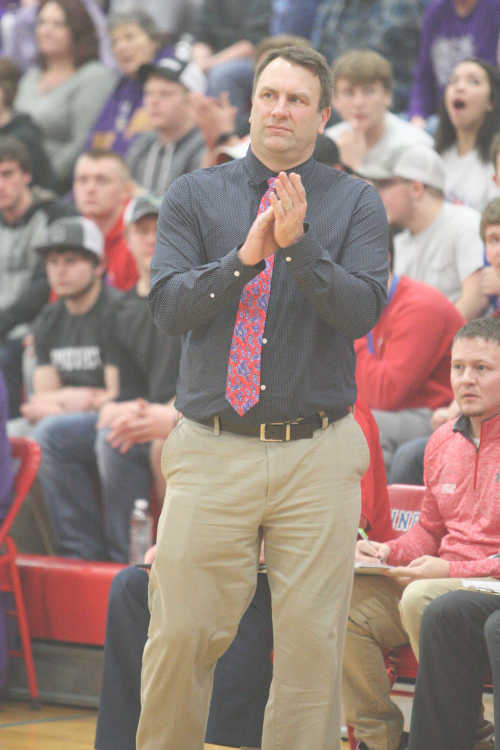 The former newspaperman’s website is outstanding and provides a treasure chest of valuable information. But be cautious. When it comes to Hoosier Hysteria, even numbers don’t always tell the whole story.

South Knox High School turned those numbers inside out Tuesday night when it upset the No. 7-ranked Miners, 68-64, in triple overtime. It was a remarkable game, with the Miners rallying from a 16-point deficit to force overtime.

Anyone who follows Greene County basketball would admit the landscape has changed over the past six-or-so years. Linton has gone from the hunter to the hunted, and that was never more evident than Tuesday night at North Knox.

Coach Joey Hart told reporters after the setback he should be blamed for his team not winning in the first overtime. Coaches say such things, and are willing to fall on the sword when necessary. But Linton wouldn’t be in the position it is without Hart and his coaching staff.

Prior to Hart arriving at Linton for the 2010-11 season, the Miners hadn’t won a sectional since 1982. Since then, they’ve won four sectionals, two regionals, a semistate, and finished second in the state.

Yes, they’ve become the hunted instead of the hunter.

The Spartans knew that Tuesday night, and reacted accordingly — as they should have — when the final horn went off after the third extra four-minute session. They still have two more games to play before cutting down the nets, but they had just knocked off the favorite in amazing fashion.

It took Hart and his staff three or four seasons to go from the hunter to the hunted, and now they’ve lost the sectional opener two years in a row. Of course, both of those losses — Barr-Reeve and South Knox — weren’t easy games by any means.

Hart and his staff have built a program from the lower grades up, and the Miners have the majority of their players back next season. They also have some talent in junior high.

The Miners are 152-55 under Hart in eight seasons, averaging 19 wins per year. The eight seasons before Hart arrived, Linton was 67-110. And winning a sectional, and beating Bloomfield and Sullivan on a regular basis weren’t thought possible.

Hart and his staff have built something special the past eight years, and have done something many thought couldn’t happen: Get Linton fans excited about football AND basketball.

The Miners have become the hunted instead of the hunter. That proves just how far the program has grown.

Chris is the publisher of the Greene County Daily World. He can be reached by email at cpruett79@gmail.com or by telephone at (812) 847-4487.

More from this blogger · Chris Pruett
Comments
View 5 comments
Note: The nature of the Internet makes it impractical for our staff to review every comment. Please note that those who post comments on this website may do so using a screen name, which may or may not reflect a website user's actual name. Readers should be careful not to assign comments to real people who may have names similar to screen names. Refrain from obscenity in your comments, and to keep discussions civil, don't say anything in a way your grandmother would be ashamed to read.
Respond to this blog