If you ask 10 people who knew Martha Glover what they remember most about her, almost all would say her smile.

“Martha was always happy and had a smile on her face,” Bloomfield High School Athletic Director Ron McBride recalled.

Bart Beard, a 1986 Bloomfield graduate, agreed. “She always had a smile on her face no matter what. She was a sweet, sweet lady. Always smiling and in a good mood and willing to talk.”

“She always had a smile on her face,” former Bloomfield basketball coach Steve Brett emphasized. “It didn’t make any difference if (a student) was a troublemaker or a straight-A student, she treated them the same. That’s the way it should be.” 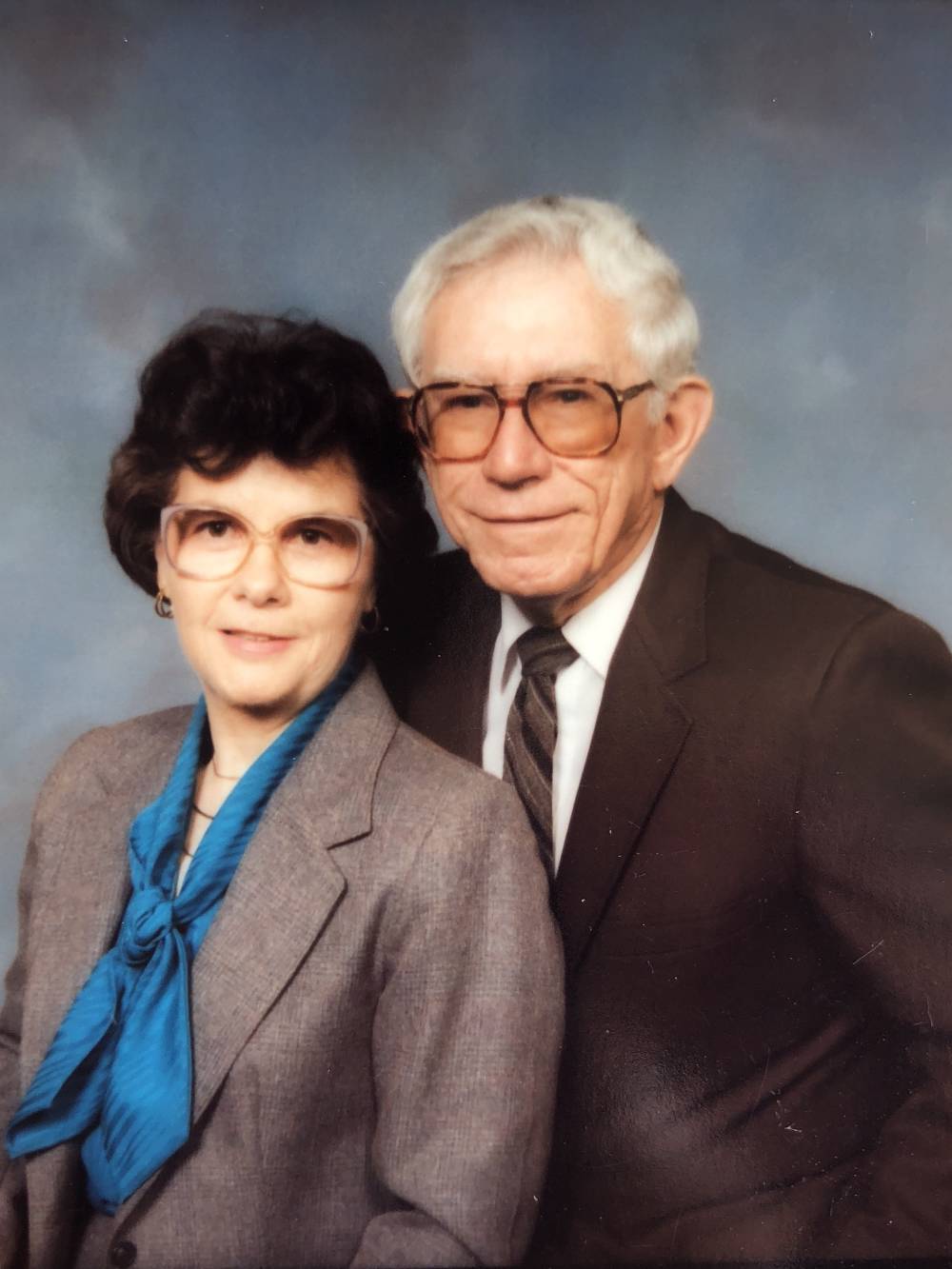 Martha passed away Sunday. She was 92.

She was secretary for Bloomfield High School for many years, and also the wife of Indiana Basketball Hall of Fame Coach Guy Glover. Some say she was the rock behind Guy’s 489 victories at Solsberry and Bloomfield. He won 10 sectionals, two regionals, and two Wabash Valley Tournament championships as coach of the Cardinals.

“She definitely was,” Beard said of Martha being important to her husband’s coaching success. “She was the only one who could keep Glover calm, and that was hard to do.”

McBride started coaching at Bloomfield in 1971, the spring of his senior year at Indiana University. He’s coached at every level at Bloomfield, and led the Cardinals to the 1998 Class A basketball state title game before losing to Lafayette Central Catholic, 56-48.

“She always kept Glover in line, there’s no doubt about that,” McBride recalled.

Martha’s caring attitude is something Brett, McBride, and Beard all pointed out about their friend.

“Every kid who came into that office, she treated them like her own,” McBride said.

“She was loving and caring. Her and Glover took me under their wing when I got here and treated me like their own. You do things this way and that way. Martha used to give me lectures. I was dating my wife at the time, she was still a student at IU, and she would come to the games. (Martha) took us under her wing and raised us like one of her own.”

Brett said everyone should live life as Martha did.

“Her approach to life was exceptional, considering she had so much heartache,” Brett said.

Martha was preceded in death by three of her children.

“You would never know that by talking to her,” Brett said. “She was as positive a person as she could be. She’s in a better place now and will be missed. She was a wonderful person.”

Though Beard never played basketball for Guy, he did grow up visiting with him and Martha often. His grandparents lived near the Glovers.

“They’d be on the front porch and I’d visit with them two or three times a week,” Beard recalled. “Martha was just a great lady who did a lot for the community.”

Guy retired from coaching after the 1976-77 season, and Brett took over. He said the Glovers made him and his family feel welcome.

“We lived right across the street from Martha and Glover. They were like another set of grandparents for our kids,” Brett explained. “They were wonderful people. I couldn’t have come into a better situation. They wanted me to be as successful or more (than Guy was).”

McBride added that the Glovers’ love for all sports and athletes was evident during cross country meets.

“Mr. Glover and Martha would sit on their porch during cross country meets and watch. I’d go over there and sit with Martha and him,” McBride said. “Not everyone wants to watch cross country.

“He’d still like to give me a lecture or two. She’d say, “Junior, you’ve got to leave him alone.’ They loved sports and loved kids.”

Funeral service will be at 11 a.m. on Saturday at the Bloomfield United Methodist Church, with the Rev. Graham Glover officiating.

Public visitation will be from 5-8 p.m. on Friday at Jenkins Funeral Home in Bloomfield and one hour prior to service Saturday at the church.

The family asks that all memorial contributions be made to the Guy Glover Scholarship in care of Farmers & Mechanics Federal Savings and Loan.

Chris is publisher of the Greene County Daily World. He can be reached by email at cpruett79@gmail.com or by telephone at (812) 847-4487.