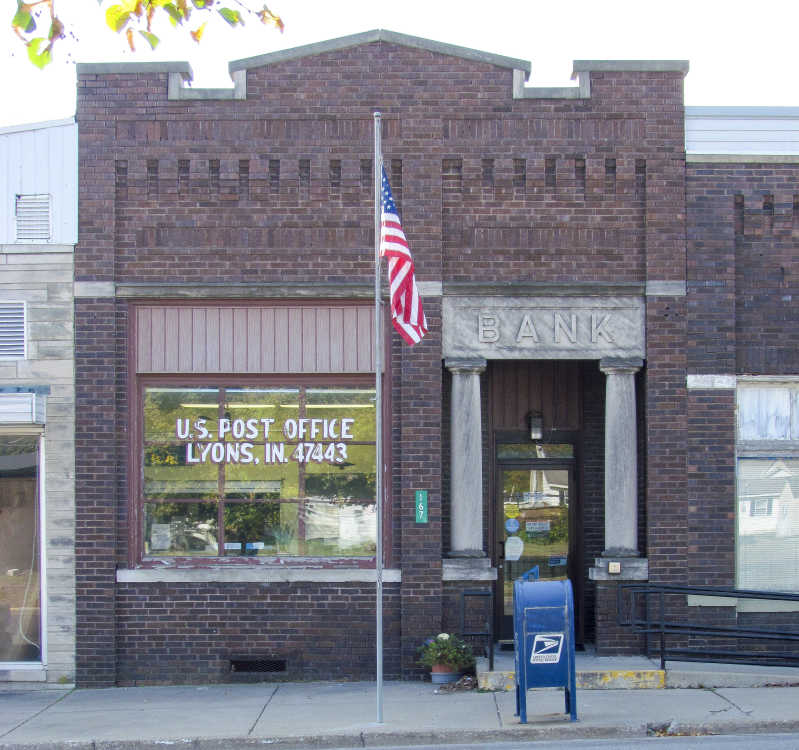 The U.S. Post Office in Lyons, Indiana is shown in a photo taken a few months ago. The post office was robbed and a postal employee was assaulted on Tuesday afternoon. (GCDW file photo)

Several U.S. Postal Inspectors were on the scene investigating a robbery at the U.S. Post Office in Lyons on Tuesday afternoon, and the assault of a postal employee.

The U.S. Postal Inspection Service is the lead investigating agency but they are conducting their investigation with assistance from the Lyons Police Department including Lyons Town Marshal Ron Sparks and Reserve Officer Ryan Montgomery and personnel from the Greene County Sheriff's Department and the Indiana State Police.

U.S. Postal Inspector Dan Taylor from the Indianapolis office of the U.S. Postal Inspection Service reported the robbery occurred at 12:40 p.m. when an unidentified individual robbed and assaulted the postal employee.

Taylor said the employee was approached as she was locking up, then assaulted.

The 25-year-old employee, who has been employed at the post office for less than one year, was transported to Greene County General Hospital for medical treatment. Details about the extent or nature of her injuries have not been released, but Taylor said she has been released from the hospital.

No information has been released regarding what may have been stolen during the robbery.

The suspect is described as a stocky white male approximately 5'8" tall weighing approximately 200 lbs. with dirty blond hair in a buzz cut. He was wearing a dark green t-shirt at the time of the incident.

This story will be updated whenever additional information is released.