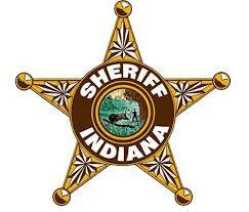 The Greene County Sheriff’s Department is urging motorists to follow the official detour around State Road 54 near Ridgeport.

The Indiana Department of Transportation announced an emergency closure on State Road 54 near the Ridgeport Community east of Bloomfield, at Crowe Road, on June 4 due to complications from a slide.

“Several incidents of vehicle operators moving the road closure signs have been reported. As a reminder, local farmers are still operating large, slow-moving equipment on these roads.”

GCSD stated they will enforce all local and state traffic laws in the area.

“The Greene County Sheriff’s Department asks motorists to follow the detour, slow down and be mindful when traveling the rural gravel roadways,” the release says.

At the time of the closure on June 4, INDOT stated as a precaution, engineering and support staff at INDOT had recommended a road closure in the area to begin immediately and to stay in place until a project to correct the slide begins.

The slide correction project is scheduled for letting in September.

During the closure, local traffic will have access up to the point of closure. All other traffic will need to follow the official detour using U.S. 231, I-69, S.R. 45 and S.R. 54.

“We have looked at a few different options, including a temporary signal to at least partially open the road, however, the recommendation of our engineering staff is to keep the road closed at this time due to challenges with the terrain. Temporary signals would be difficult because the road is so curvy and the technology to remedy that is relatively new and we’ve been given to understand there have been challenges with it in places where they’ve been used,” Tiller reported.

“Our team is working to accelerate this project and get it to letting sooner, but there are a lot of factors that will play into that. At this time, I’m unable to speculate on when/if that will be able to happen. This project will most likely require a full closure, so we’re potentially looking at a road closed until the slide is completely corrected, but it’s extremely likely that the road will be closed until the project has been awarded.”

Comments
View 10 comments
Note: The nature of the Internet makes it impractical for our staff to review every comment. Please note that those who post comments on this website may do so using a screen name, which may or may not reflect a website user's actual name. Readers should be careful not to assign comments to real people who may have names similar to screen names. Refrain from obscenity in your comments, and to keep discussions civil, don't say anything in a way your grandmother would be ashamed to read.
Respond to this story