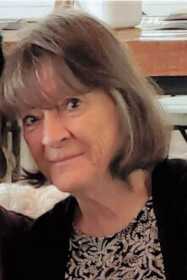 Deborah "Debbie" Dyer, age 66, of Worthington, passed away on Saturday, December 31, 2022, at her residence. She was born in Linton on June 1, 1956, the daughter of Charles Padgett and Maggie Dicus.

She was a 1974 graduate of Worthington Jefferson High School and attended Shakamak and North Knox. She worked at the Clerk Treasurer's office in Worthington and was elected as the Clerk Treasurer for three years. She also worked for Select Insurance for several years, as well as owned and operated Lavender & Lace Antiques in Worthington. She was a former member of Worthington town board, a member of Tulip Church of God in Bloomfield and American Legion Ladies Auxiliary Post 106. She enjoyed mushroom hunting, playing softball and bowling.

Funeral service will be held at 7 p.m. at Welch & Cornett Funeral Home in Worthington on Thursday, January 5, 2023 with Pastor Jeff Rocky and Mike Toon officiating.

Visitation will be held at the funeral home on Thursday from 4 p.m. until the time of service.

Memorial contributions may be made to Tulip Church of God 180 Youth Group or Worthington Fire Department through the funeral home.

Online condolences may be shared with Debbie's family at www.welchcornett.com.