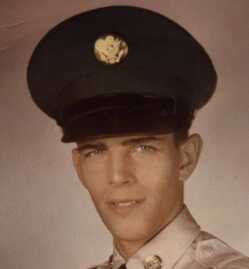 Kermit "Bud" Rodney Wilcox, age 79, of Worthington, passed away peacefully at 6:21 a.m. on Saturday, January 21, 2023, at Deaconess Midtown Hospital in Evansville. He was born in Linton on November 17, 1943, the son of Kermit and Delores Willidean (Haldeman) Wilcox.

He was a graduate of Worthington Jefferson High School. He loved hunting with his buddies and spending time with his family. He was a Vietnam Veteran for the United States Army and was Commander of the Worthington VFW for several years.

He was preceded in death by his parents and sister, Patricia Sorrells.

Graveside service will be held at Worthington Cemetery in Worthington at 2 p.m. on Tuesday, January 24, 2023 with Brad Duncan officiating.

Arrangements have been entrusted to Welch & Cornett Funeral Home in Worthington.

Online condolences may be shared with Bud's family at www.welchcornett.com.