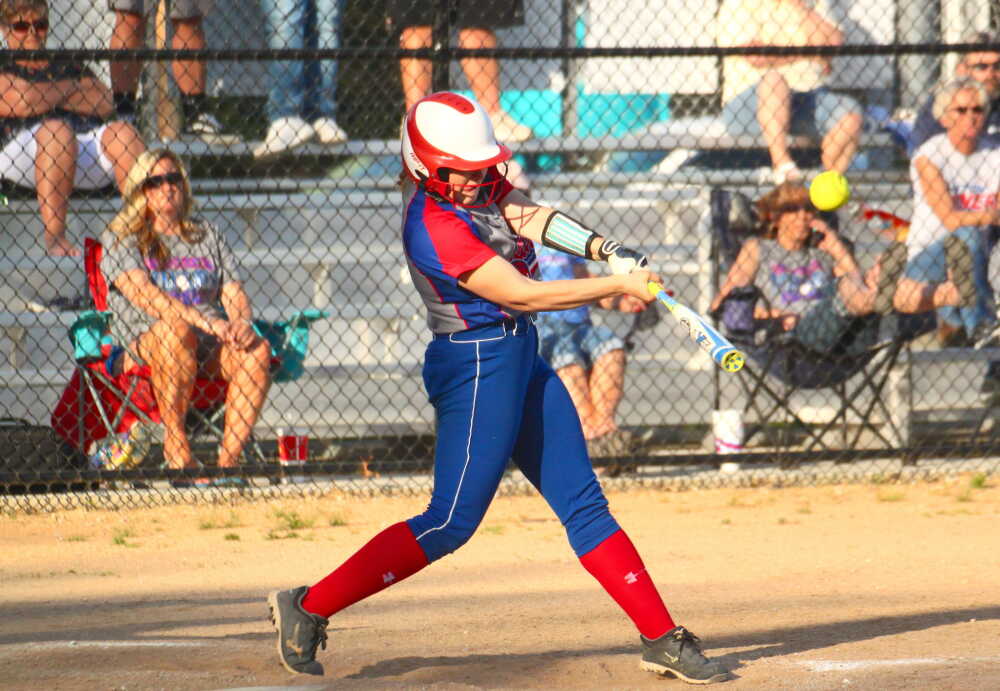 File Photo Maggie Booe slaps a fly ball to the outfield May 8 against Cloverdale. 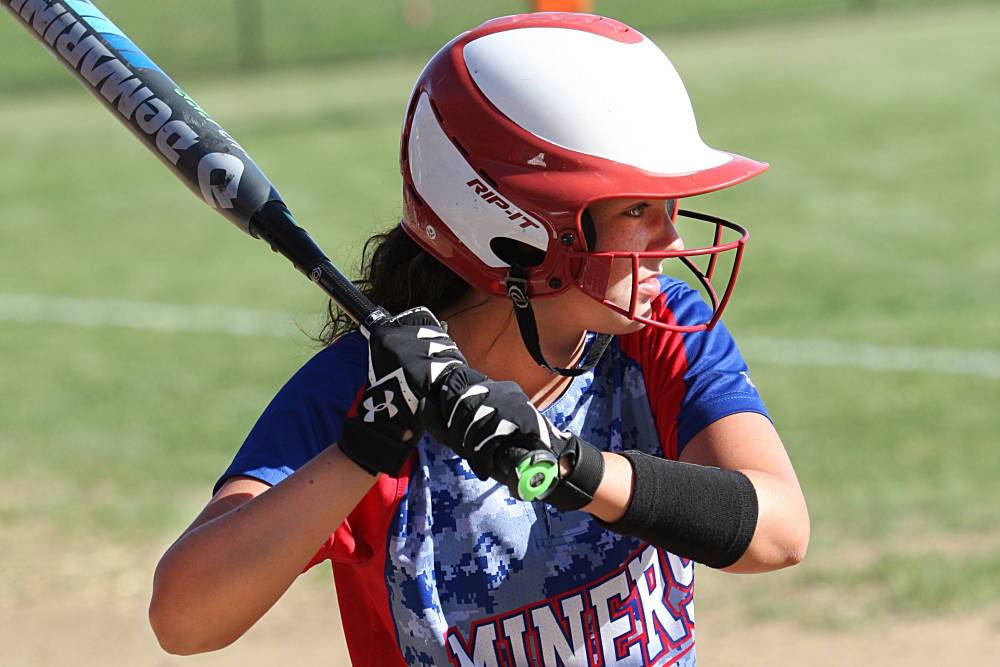 Just another reminder.
The sixth annual Campbell Scramble will be played Saturday, June 16, at the Phil Harris Golf Course.
Organizers are seeking four-golfer teams and encourage players to sign up early to ensure their teams will have spots in the tournament. Teams may register by e-mail, slcampbellscholarship@yahoo.com, by calling 202-302-1648, or by going to the Facebook page SLC Scholarship Fund Annual Golf Scramble. Sign-up opportunities will be available at the course as June 16 draws nearer.
There will be a raffle with plenty of prizes and a complementary lunch for all players.
Sponsors are also needed to provide prizes for the raffle and for the golfers. All donations are tax deductible.
The scramble helps fund two scholarships for White River Valley seniors. It was established in 2013 to honor the memory of Stephen L. Campbell, educator, head coach, principal, and superintendent of the Worthington-Jefferson and WRV high schools.

Shameless Self-Plug Department:
Video killed the radio stars, and it’s no secret that newspapers are taking a beating in the era of digital news.
I urge all of our readers to consider that we cover the news and sports in Greene County. Obviously, we’re not perfect, but we’re there at the local games that are not covered by TV stations, the bigger papers or Facebook. We cover the school boards, the county commissioners and council, and the town boards. We provide you with news that you will find nowhere else.
As an example, I went to the state track meet Friday to take pictures of Caroline Wilson and interview her. The networks weren’t there, Facebook wasn’t there. Twitter wasn’t there. We were.
Terry Schwinghammer and Shad Cox traveled to Morristown Saturday to cover Shakamak’s performance in the baseball regional. Once again, with feeling, the networks weren’t there, Facebook wasn’t there. Twitter wasn’t there. We were.
Support your local paper. Once again, we will provide you with the news you won’t get elsewhere. We will cover your local sports teams. Frankly, I think small papers like ours do a much better job of covering girls sports and so-called minor sports like cross country. If you doubt this, access our online archives and look at some of the stories we’ve run in the past. We’ve run well over a dozen photographs for events like track sectionals and Eastern’s trip to the Class 1A football championship last fall. We not only cover the teams that get past the sectional, we cover the teams that have only won one or two games.
No other organization will do this.

To end this column, I would like to congratulate Caroline Wilson, the Shakamak Lakers, and all the other players and teams in Greene County and Union for getting out there and trying to accomplish something.
Results weren’t equal, but here is something to chew on, a quote from Teddy Roosevelt, one of our greatest presidents:
“Far better is it to dare mighty things, to win glorious triumphs, even though checkered by failure... than to rank with those poor spirits who neither enjoy nor suffer much, because they live in a gray twilight that knows not victory nor defeat.”

More from this blogger · Andrew Bowen
Comments
View 1 comment
Note: The nature of the Internet makes it impractical for our staff to review every comment. Please note that those who post comments on this website may do so using a screen name, which may or may not reflect a website user's actual name. Readers should be careful not to assign comments to real people who may have names similar to screen names. Refrain from obscenity in your comments, and to keep discussions civil, don't say anything in a way your grandmother would be ashamed to read.
Respond to this blog