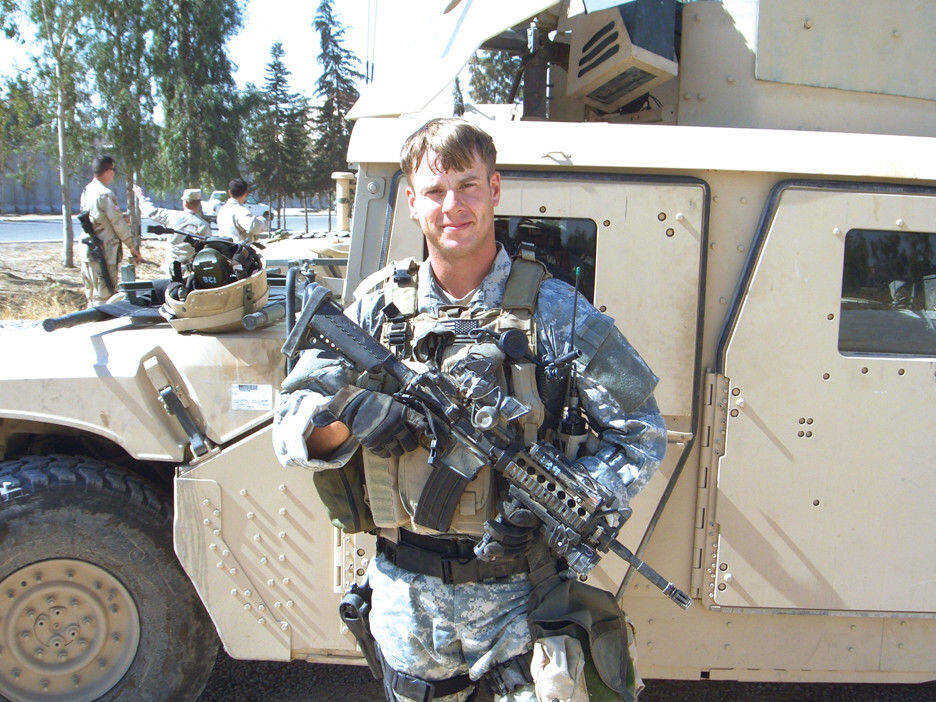 As Mother Nature tries to fool us again the next few days with decent temperatures and some sunshine -- making us believe it's spring -- I'd like to share some items that have crossed my desk (actually by email):

Brandon Veatch will be recognized for his bravery while serving his country in Iraq.

Veatch will be awarded the Purple Heart by U.S. Sen. Dan Coats and U.S. Rep. Larry Buschon (8th District) on Tuesday at 11 a.m. at NSWC Crane, where he is employed.

Veatch will be awarded the Purple Heart for his actions on Sept. 23 2004 in Baghdad, Iraq.

He is a native of Bloomfield and still lives there.

Veatch's Operational Detachments Alpha (ODAs) was attempting to interdict an ongoing kidnapping when they came under fire.

Veatch and another soldier killed seven enemy soldiers while fighting through three separate ambushes. He sustained a distracting injury when the driver of the vehicle swerved to avoid enemy fire.

Greene County Daily World Assistant Editor Nick Schneider will cover Tuesday's event and will have a report in Wednesday's newspaper.

If you're planning to attend Friday night's Eastern Greene at Shakamak boys basketball game you should be in for a treat.

Plus it pits two of the most entertaining coaches to watch -- Steve Brett at Shakamak and Andy Igel at Eastern Greene.

It also will be Pink Night for Shakamak players, students, and fans.

Players will wear pink socks, and fans are encouraged to wear pink as well.

The Yearbook Queen will be crowned at the dance following the game.

All the events will help raise money and awareness for breast cancer, and a portion of the proceeds raised will go to the Susan G. Komen Foundation.

Cancer victims will be recognized.

Pink shirts were on sale for three weeks at the school, and 300 were sold.

Sounds like some great basketball and also a good cause.

Former director of the Bloomfield Public Library, John Helling, was awarded a Fulbright scholarship to study the forward-thinking aspects of the Finnish library system at the Helsinki City Library.

He and his wife Lyndsey spent August to January living in Helsinki, Finland.

John will share discoveries about Finland and its public library system at 6:30 p.m. on Tuesday in the Community Room at the Bloomfield Public Library.

If you enjoy playing the game Monopoly then circle March 31 on your calendar.

Vincennes will host a Monopoly tournament at the beautifully restored Old State Bank located at 114 North Second St. It's sponsored by the Vincennes State Historic Sites.

Players of all ages are encouraged to participate.

Participants will be assigned to one of five preliminary rounds based on when they register. Cost is $15 per person and the registration deadline is March 5.

Players should arrive at 9 a.m. on March 31 to sign in, but do not have to stay the whole day. The winners from each round will advance to the next round, ending in a six-person final round. Each round will be 90 minutes.

Anyone interested in registering for the tournament should contact the Vincennes State Historic Sites at (812) 882-7422 or vincennesshs@indianamuseum.org .