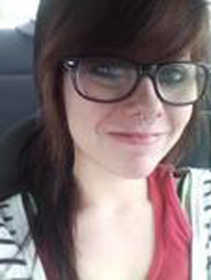 The Greene County Daily World has obtained preliminary results from an autopsy performed on the body of Katelyn Wolfe Tuesday afternoon.

The cause of Wolfe's death was asphyxiation and her death has been officially ruled as a homicide.

The autopsy was conducted by forensic pathologist Dr. Roland Kohr at Regional Hospital in Terre Haute starting at 2:30 p.m. Tuesday.

Chief Troy Jerrell of the Linton Police Department also confirmed that a positive identification has been made. The body found late Monday afternoon is that of Katelyn Wolfe.

In addition, Jerrell released information early Tuesday evening that Wolfe's body was recovered from a body of water in a rural area near the Sullivan and Greene county border.

Comments
View 4 comments
Note: The nature of the Internet makes it impractical for our staff to review every comment. Please note that those who post comments on this website may do so using a screen name, which may or may not reflect a website user's actual name. Readers should be careful not to assign comments to real people who may have names similar to screen names. Refrain from obscenity in your comments, and to keep discussions civil, don't say anything in a way your grandmother would be ashamed to read.
Respond to this story