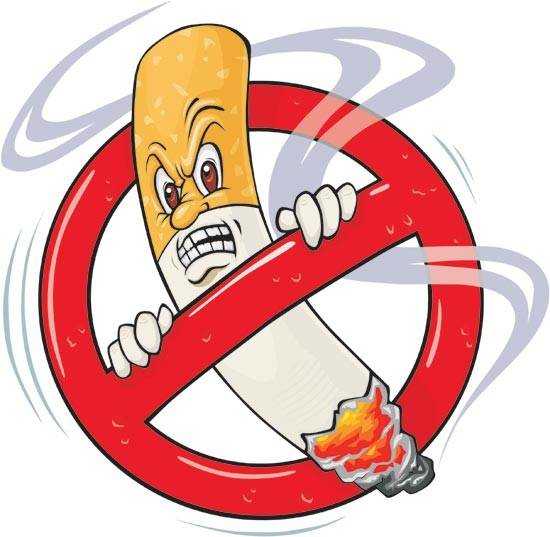 I am about to try something that I've tried before, successfully, but the first two efforts just didn't stick.

I'm about to quit smoking. Again.

I am determined to put this yucky habit behind me for good. Wish me luck.

I started smoking when I was about 15, swiping smokes from my mom's pack or buying them from the machine at the gas station (remember cigarette machines, old folks?) a mile away.

My mom gave up trying to get me to listen to her advice about it, and I wasn't really listening anyway, since she also smoked. I was one of those smarty-pants kids who thought of stuff like that, to get out of doing things I didn't want to do.

My entire family were smokers, so it seemed pretty normal.

In 1995, I was separated from my first husband, a smoker, and in 1996 began a live-in relationship with a man who suffered from asthma, a mild case, but he did use an inhaler.

When we moved in together, I started to smoke only outside, and began to seriously consider quitting.

I had cut down considerably by 1996, and spoke to my doctor about quitting the habit.

The doctor prescribed the nicotine patch, which came with helpful advice inside the box. He also sent me home with plenty of printed material, and made sure I set a quit date, had a plan, and followed through.

I was highly motivated, considering my boyfriends health.

I remember that it was May of 1997 when I first applied a nicotine patch and said a prayer to the addiction gods. The patch worked better than I had imagined, and apparently the gods were listening. I quit smoking, and stayed quit for about five years.

I had never felt better. I lived a mile and a half from the grocery store and the record store (remember record stores, old folks?) where I worked, and I bought a mountain bike from a coworker and started to bicycle everywhere. Joined a gym, went vegetarian, and actually read every label when I shopped.

The grocery store (Fred Meyer) had an extensive nutrition center, and I found several interesting things to do with tofu.

TVP (Textured Vegetable Protein) was one of my best friends. With the right seasoning and preparation, it took the place of hamburger in my meals. I never missed eating meat at all, but I digress.

My relationship fell to pieces after five years or so, and without the motivation of his presence, and maybe in spite or some kind of really dumb revenge, I had a cigarette one day at work.

I knew after smoking that one, that I would want another, and another, ad infinitum.

About that time, I met the love of my life, on ebay. I purchased a Ramones record (Road to Ruin) from a guy in Indiana.

I actually had to look at a map to see where Indiana was. Don't judge me.

Long story short, Mr. John Danner swept me off of my little old feet, and I packed up my Taurus, rented a U-Haul trailer, and bought a large cat carrier for my pals Powder and Vindhi.

By the time I moved to Indiana, I had resumed smoking like I had never quit.

Indiana is number two in the nation for the number of smokers (number one is Kentucky), and that didnt really help.

In my family, only two members had ever successfully quit smoking. One was my brother-in-law Denny, a pillar of strength. One of those people I envy, who just puts them down and never smokes again, what a weirdo.

The other was my mom, and she quit for good the same day her doctor confirmed the cancer in her lungs. She died four months later, a nonsmoker, albeit a late one.

In my home state of Washington, most people don't smoke, or it seems like smokers are definitely the minority, in my experience. It's just easier to be a nonsmoker there, at least it is if you are me.

I visited Seattle in August of 2014, and stayed for two months with my son Jake and his wife Lindsey.

They are a healthy, active couple, and my sedentary smoking self felt a little like the odd man out.

I began to think about quitting again, Seattle has that effect on me. Lindsey bought me a FitBit, and I started walking their dog Ripley every day.

I called 1-800-QUIT-NOW, and I credit them with my success in quitting smoking for the second time.

My quit date was September 28, 2014, and with the aid of nicotine patches and a vape, I broke the habit and proudly became a nonsmoker.

It felt so good. I kept walking, indulged my health-food fetish, and returned to Indiana at the end of October as a nonsmoker who was on her way to a 30 pound weight loss. I was so proud of me.

Do you see where I'm going with this?

After a couple of tasty beverages, he insisted I accompany him outside to the porch for a smoke. I reminded him that I had quit, but he insisted I have one with him. I had every opportunity to be strong and say no no no no no, but it sounded so good, even though he smoked Marlboro Light 72's (gross), and looking back, I see all the things I did wrong that evening.

All the triggers, the alcohol, the hanging out with a smoker, bad ideas, bad!

To the best of my recollection, that was about August or September of 2015.

In late June of this year, the thought of quitting again had been percolating in my brain for awhile, and during a drive out to Eastern Greene to cover a story, I made a decision.

I promised myself that before the sun went down, I would make that phone call, and I did.

I cannot recommend 1-800-QUIT-NOW highly enough. The support they provide, free of charge, is phenomenal. It's nationwide, 24/7, and they send printed information, counsel you on the phone or online anytime, and help you train yourself to kick the habit.

The last time I called, from Seattle, I wasnt working, and had very little income. They sent me two weeks worth of the nicotine patch, and I was able to get a prescription for Buproprion for a very low price at a Seattle clinic.

This time, our income is significantly higher, and I can afford the nicotine replacement that will help me through the first weeks of quitting.

One of the parts of the plan is to stop smoking inside and in your car, the week before your quit date.

I am amazed and proud to announce that I have not smoked in my house or car since July 20th.

You have to understand, the distance from my bedroom to the outdoors is about half a city block (25 stairs!), so I wait until I really really want that cigarette before heading outside. As a result, I've cut down to fewer than 10 cigarettes a day, yesterday I smoked just three!

Anyone who smokes because they think themselves incapable of quitting, I say CALL THE NUMBER. You have absolutely no reason not to, and so many reasons why you should. You CAN do it.

I have my patches ready, my lozenges in my purse, and my buproprion medication handy. I've been practicing my deep breathing, my mini-quits, my distractions and substitutions, and I am so ready to kick this once and for all.

The most beautiful city in the whole dang world, in my opinion. Also known as my hometown, Seattle.
More from this blogger · By Patti Danner
Comments
View 5 comments
Note: The nature of the Internet makes it impractical for our staff to review every comment. Please note that those who post comments on this website may do so using a screen name, which may or may not reflect a website user's actual name. Readers should be careful not to assign comments to real people who may have names similar to screen names. Refrain from obscenity in your comments, and to keep discussions civil, don't say anything in a way your grandmother would be ashamed to read.
Respond to this blog