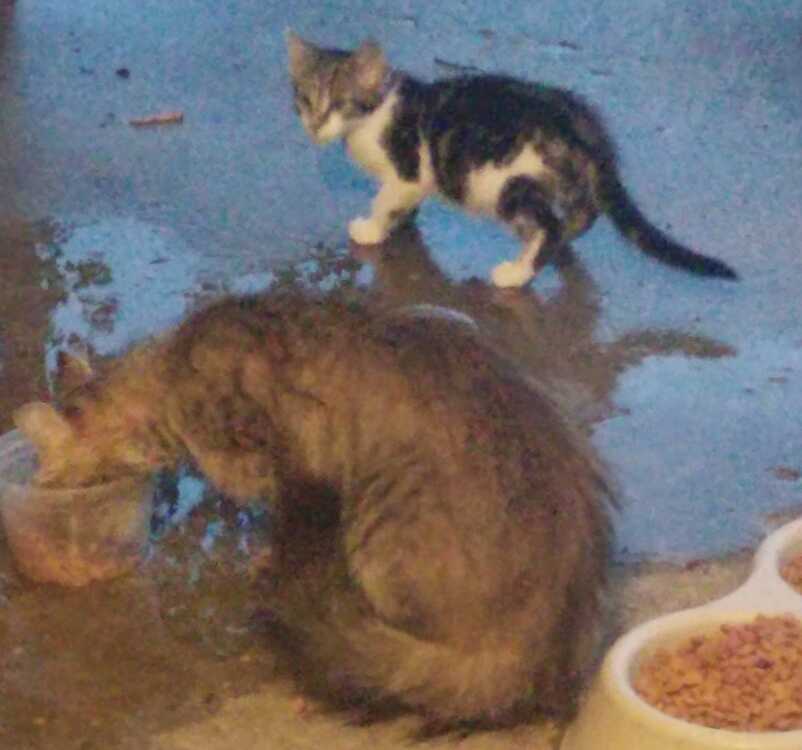 Something really amazing happened yesterday. One of those situations that gives me faith in the goodness of humanity. I needed that.

They say you can judge a person by the way they treat a creature who cannot offer them anything in return. If that’s the case, there’s a veterinarian in Worthington with a truly worthy person on his staff. I’ll go back a bit in this story so it makes more sense.

You who follow my column know that I have a little street gang of kitty-cat hoodlums who hang out on my porch, generally in the afternoon, also known as chow time. They are a motley crue of mismatched colors, fur length and age and the gang has been known to include at least two possums and one raccoon, so I can say for sure they are not biased or racist and I’m proud of that. Anyway, my favorite of all of the group is the littlest one, who I dubbed “kittencat,” just for something to call him whenever I would futilely try to get him to come to me or let me give him scritches. Kittencat’s answer, every time, was NO. Just NO. I grew to accept his decision, kind of.

I trapped Kittencat twice, once to take him to the Humane Society for health care and sterilization, but he was too small to be neutered so back home he came. The second time, he got trapped when he stupidly walked in to the unbaited trap himself, just curious, I guess. Both times, he was mad as hell to be trapped and he was not at all afraid to express his feelings. So small and so furious. And so funny...

So, yesterday, I hadn’t seen Kittencat for a couple of days and I was a little worried. But that had happened before and he came back and all was well. I filled the food dishes as usual and jumped in the car to head to work. I backed out and then moved forward to head down the street. Out of the corner of my eye, I saw Kittencat and my heart skipped a beat. He was heading towards the porch, and he was badly injured. He wasn’t using one leg and his face.......his tiny face looked at me and he looked so awful and so miserable and he looked like he was in pain. If he was heading to the porch, that meant he was hungry, and I thought that was a good sign. I contacted my pal, Rick West, who works at the Humane Society. He runs critters around all day sometimes, and he was able to go to my house, throw a sheet over the snarling, spitting hellcat on my porch (did I mention Kittencat is feral?) and take him to a Worthington veterinarian.

He called me later to let me know Kittencat will live, but.... He has a pretty nasty upper respiratory infection and had a broken leg and pelvis from whatever happened to him. I suspect some jerk hit him with a car and left him to die.

The vet said the best thing to do was to amputate the leg, and Rick agreed. I was so relieved that Kittencat would live. Even three-legged, he was going to be okay. I had barely started to stress over how I would afford his care and how I would bring him inside to face the wrath of my indoor cat, Meep, when Rick told me Kittencat was going to be adopted by a member of the veterinarian’s staff. A woman who works there took pity on the little feller and said she will take him when he is healed. I’m not crying, you’re crying, shut up.

To the woman at the vet’s office, let’s call her Angel, thank you so much. Kittencat needed you and will need you for the rest of his three-legged life, and I know he is grateful, even if he shows his gratitude with razor-blade claws and snarls right now. When the staff there asked Rick what the kitten’s name was, Rick didn’t know I called him Kittencat. So he gave him a very fitting temporary name indeed. He called him “Miracle”.